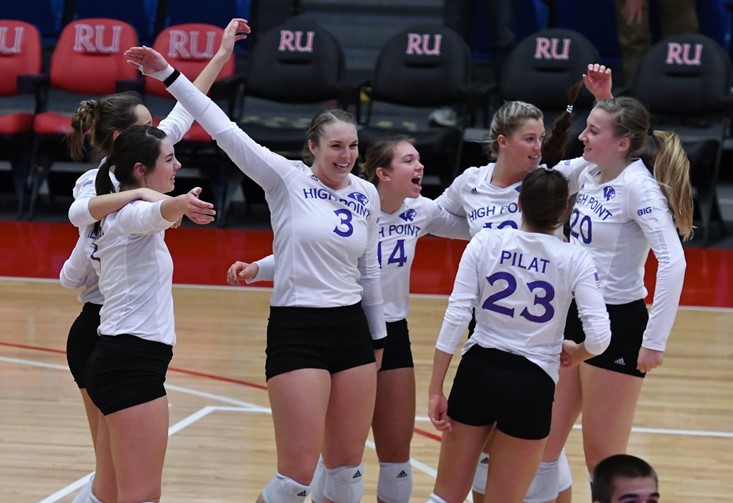 Defending Big South regular-season champion High Point University has been chosen the favorite in the conference’s annual preseason volleyball poll, while its' middle blocker Molly Livingston was tabbed as Preseason Player of the Year.  Current Photo via HIgh Point Athletics

Livingston is a three-time All-Conference honoree and was the 2015 Big South Freshman of the Year.  She became the first Panther in program history to earn AVCA All-Southeast Region honorable mention honors last season after she led the conference hitting at a .376 clip.  Livingston started all 32 matches and averaged 3.84 points per set in 2017, in addition to leading HPU with 0.92 blocks per set.  Her attack percentage mark was the highest in High Point’s Division I era by nearly three percentage points.  Livingston totaled 40 service aces to rank in the top-100 in the nation in the category, and was the only Big South player with 300 kills (333) and 100 blocks (105) a season ago.  She placed in the league’s top 10 in hitting percentage, kills per set, aces per set, blocks per set and points per set, and was tops with a .443 attacking clip in Big South matches in 2017 — the only player above .400.

Radford received one first-place vote and 88 points to finish second in the preseason poll.  Campbell was third in the voting with 82 points and the remaining first-place vote, ahead of UNC Asheville (65 points).  Winthrop captured the fifth spot with 64 points, ahead of sixth-place Presbyterian College (41 points).  New Big South member USC Upstate was picked seventh with 37 points, followed by Charleston Southern (29), new member Hampton (27) and Gardner-Webb (21).