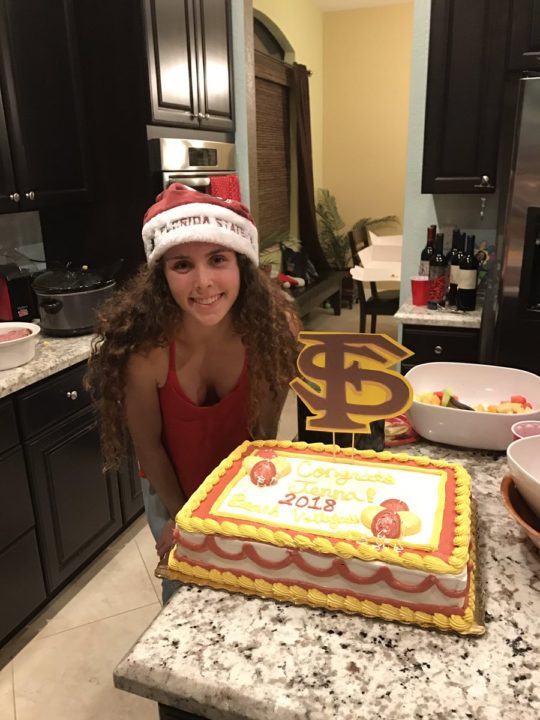 During her junior season, she recorded 2.7 kills/set and .6 blocks/set as part of a team that qualified for the second round of the Florida 7A High School State playoffs before losing 3-0.

On the beach, Jensen has played most of her tournaments this season with Maia Hannemann, and the two placed as high as 3rd at the Gold U16 Sand Tournament in Gulf Shores, Alabama.

The Seminoles graduated 6 players from last year’s national runner-up roster, but only lose 3 of their 20 after this season, so Jensen will have time to continue to develop on the beach.

So blessed and excited to announce that I've committed to play beach volleyball at Florida State University! Can't wait to be a Nole! ❤️???? pic.twitter.com/vjBm3qN9E6