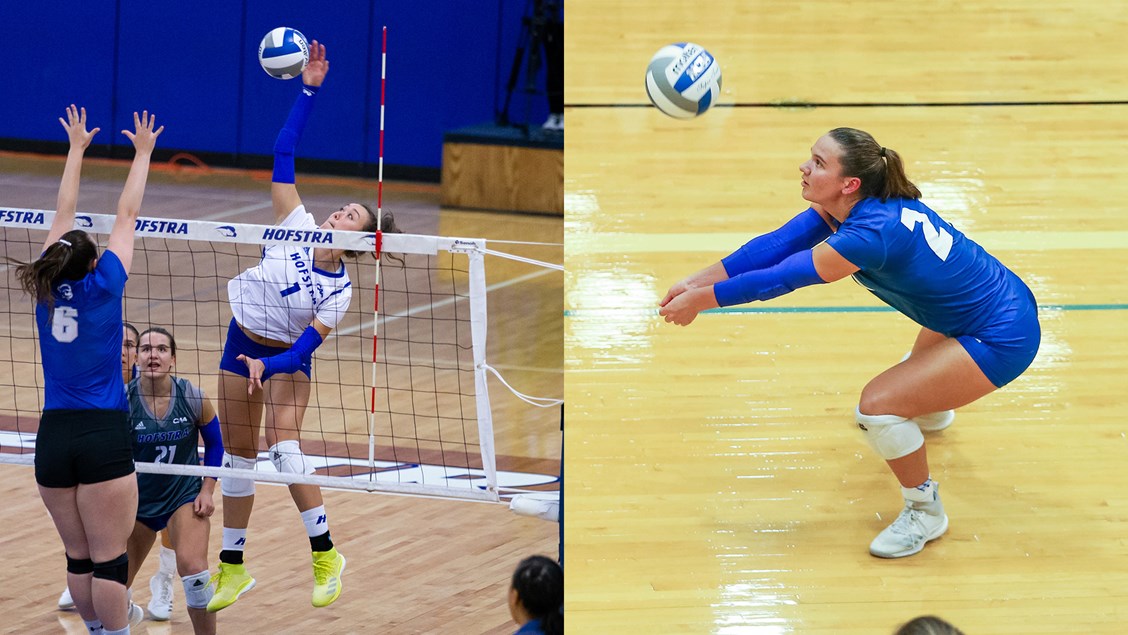 Laura Masciullo, Hofstra
Junior | Outside Hitter | La Spezia, Italy/Liceo Scientifico San Lorenzo
Masciullo led Hofstra to a 3-1 week, including two wins over Big East opponents. She totaled a team-high 76 kills during the week, averaging 4.47 per set. Masciullo had one of the best matches of her career against Columbia, posting a career-high 28 kills and a .511 hitting percentage. She also added eight digs and two blocks against Columbia. She crossed the 1,000-kills plateau against the Lions, becoming the 16th player in program history to reach 1,000 kills and the first since Veronika Kostova in 2016. Masciullo now ranks 15th all-time with 1,039 career kills.

Anna Holehouse, Towson
Senior | Libero | Joppa, Md./Dulaney
Holehouse had a memorable weekend on her home court, becoming the Tigers’ all-time digs leader. She surpassed the previous mark of 1,869. Needing just five digs to break the record, Holehouse put on a defensive show in Towson’s opening match of the Tiger Invitational. She recorded 30 digs in a 3-1 win over La Salle and capped the weekend with 81 total digs, averaging 6.75 digs per set. Holehouse now ranks seventh in the CAA for all-time career digs.

The redshirt senior libero gets the nod after becoming the program's all-time digs leader, surpassing 1,869 (and counting)!

Maddie Appleton, Hofstra
Freshman | Libero | Milford, Mich./Milford
Appleton continued her strong start to her rookie season, helping Hofstra to a 3-1 record on the week, including a pair of wins over Big East opponents. The freshman libero contributed 68 digs across the Pride’s four matches, averaging four per set, and added 12 assists and four services aces. She was the primary force in the win against Dartmouth as she tallied 31 digs and added three assists and a service ace. She became the first Pride player to cross the 30-dig plateau in a match since Corrina Delgadillo tallied 38 against Elon on November 13, 2015.