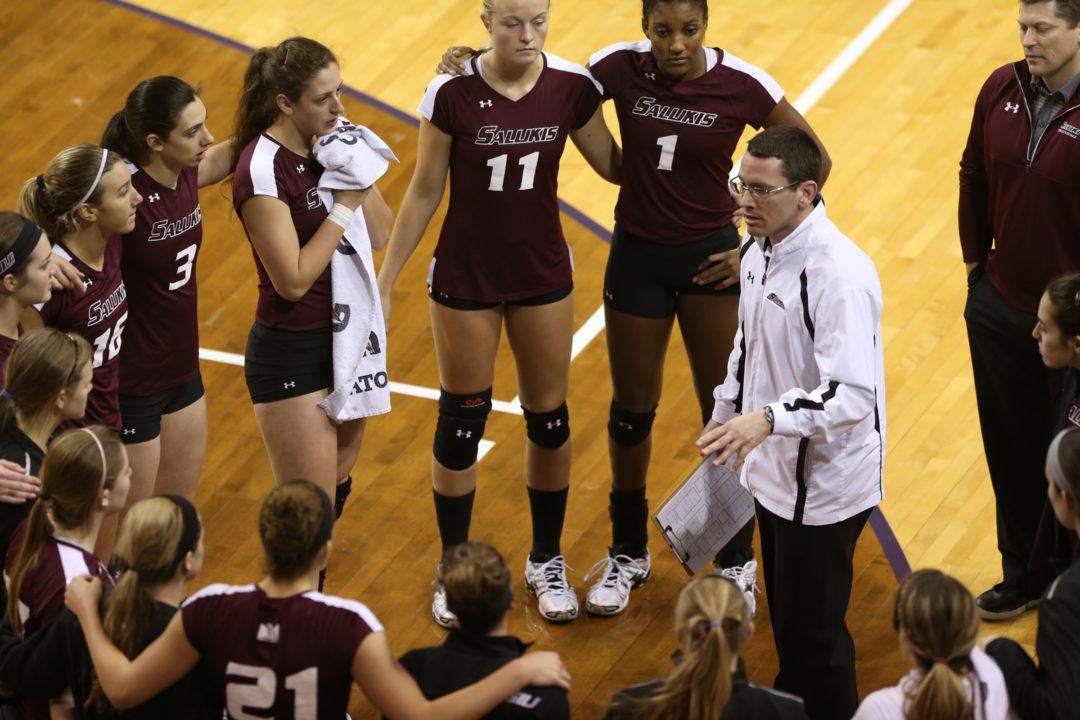 Ingram comes to the Flames after five years at Southern Illinois, where he led the Salukis to four 20-win seasons and one NCAA Tournament berth.  Current Photo via Southern Illinois Athletics

The University of Illinois-Chicago found its newest head women’s volleyball coach inside state lines as the Flames announced the hiring of Southern Illinois head coach Justin Ingram on Monday.

Ingram comes to UIC from Carbondale, where he spent the last five seasons compiling a 101-59 record and leading the program to its first ever NCAA Tournament appearance in 2015. His Saluki squads posted 20 or more wins in four of his five seasons and made the Missouri Valley Tournament each season. His charges earned nine first team All-Missouri Valley Conference honors and one AVCA America nod.

“First, I would like to thank Athletic Director Jim Schmidt for this incredible opportunity to be the next head volleyball coach at UIC,” Ingram said on uicflames.com. “Being able to live and work in one of the greatest cities in the world is beyond exciting. From the minute I met with Jim and Executive Associate Athletic Director Richard Grinage, I could see their vision for the program and wanted to be a part of it. High schools and clubs in Chicagoland produce some of the best volleyball players in the country and I’m looking forward to getting started.”

The Milwaukee, Wisconsin, native was named the 2015 Missouri Valley Coach of the Year after leading the team to a 23-10 mark and topping three ranked foes. The Salukis went 21-12 in 2016.

“We’re thrilled to be able to bring in an outstanding coach of Justin’s caliber,” Athletics Director Jim Schmidt said in the hiring announcement. “He has been a proven winner in every step of his coaching journey and I am confident that he will continue that tradition here at UIC. He is eager to hit the ground running and elevate the volleyball program to the next level.”

Ingram got his start in coaching at the University of Houston in 1998 and 1999. The Cougars made the NCAA Tournament in both of his seasons with the team. He went on to be the recruiting coordinator and offensive coordinator for Kansas State, where the Wildcats made seven NCAA appearances and posted seven 20-win seasons from 2001-08.