Imoco Fights 0-2 Deficit To Win In Five Over Fenerbahce 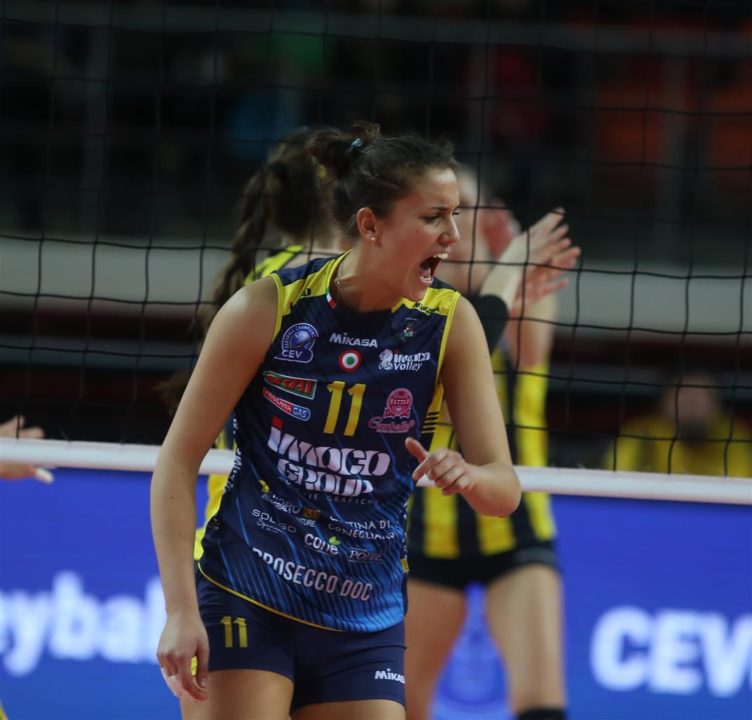 Imoco Volley Conegliano fought from a 0-2 deficit to take down Fenerbahce SK Istanbul in the 2018 Champions League. Current Photo via CEV

Imoco Volley Conegliano fought from a 0-2 deficit to take down Fenerbahce SK Istanbul in the 2018 Champions League. The fourth round match was dubbed the CEV Match of the Week, delivering with a five-set comeback win.

Leading the way for Imoco was Samanta Fabris with 19 points while Samantha Estephania Guadalupe Bricio Ramos and Robin De Kruijf posted another 18 each for the squad. Kim Hill and Anna Danesi also recorded double-digit points for the Italian side with 15 and 11, respectively. For Fenerbahce, Natalia Pereira was the point’s leader with 18 while Eda Erdem Dundar and Polina Rahimova added 15 and 14 points, respectively.

Now, Imoco finds themselves with 3 wins in Pool B, while Fenerbahce is now 1-2 with the remaining two teams in the pool still left to play their match this round.

Up next, the two teams will fight it out on February 7, 2018, in Italy for the second half of the fourth round in the Champions League.