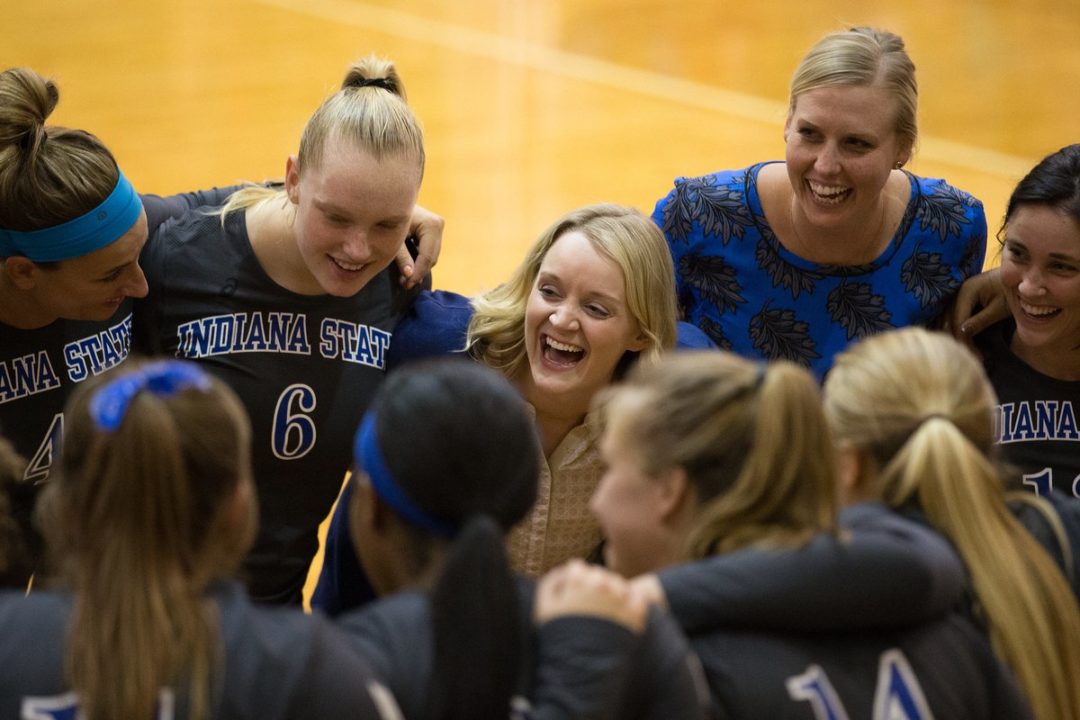 Indiana State head volleyball coach Lindsay Allman released her program’s 2018 home schedule with a slate of 12 home matches kicking off with the Sycamore Invitational in the first weekend of September. Current Photo via Indiana State Athletics

TERRE HAUTE, Ind. – Indiana State head volleyball coach Lindsay Allman released her program’s 2018 home schedule with a slate of 12 home matches kicking off with the Sycamore Invitational in the first weekend of September.

Missouri Valley Conference play opens at ISU Arena on Sept. 21 when Valparaiso visits, followed by Loyola Chicago the following evening. Missouri State, a team that was selected for the NCAA Tournament and was receiving votes in the American Volleyball Coaches Association (AVCA) poll at the end of last season, visits Terre Haute on Oct. 5 while Northern Iowa, another receiving votes team that competed in the NCAA Tournament last year, heads to Terre Haute for the regular season finale and Senior Night on Nov. 17.

Illinois State will be the fourth postseason team from a year ago to face the Sycamores and will visit Terre Haute on Friday, Oct. 26. The Redbirds were invited to the NIVC and advanced to the second round before falling to Green Bay, 3-1.

With last year’s postseason teams opening and closing the home 2018 slate for Indiana State (with Missouri State and Illinois State) in the middle, the rest includes most of The Valley slate. Most league matches will start at 7 p.m. ET with the Nov. 9 match against Evansville serving as the notable exception (6 p.m. start).

The Sycamores finished fifth in MVC play last season and upended No. 4-seeded Drake in the first round of the MVC Tournament to secure the program’s first-ever win in MVC Tournament play before falling to top-seeded Missouri State in the semifinals.

For the latest information on the Sycamore Volleyball team, make sure to check out GoSycamores.com. You can also find the team on social media including Facebook, Twitter  and Instagram.