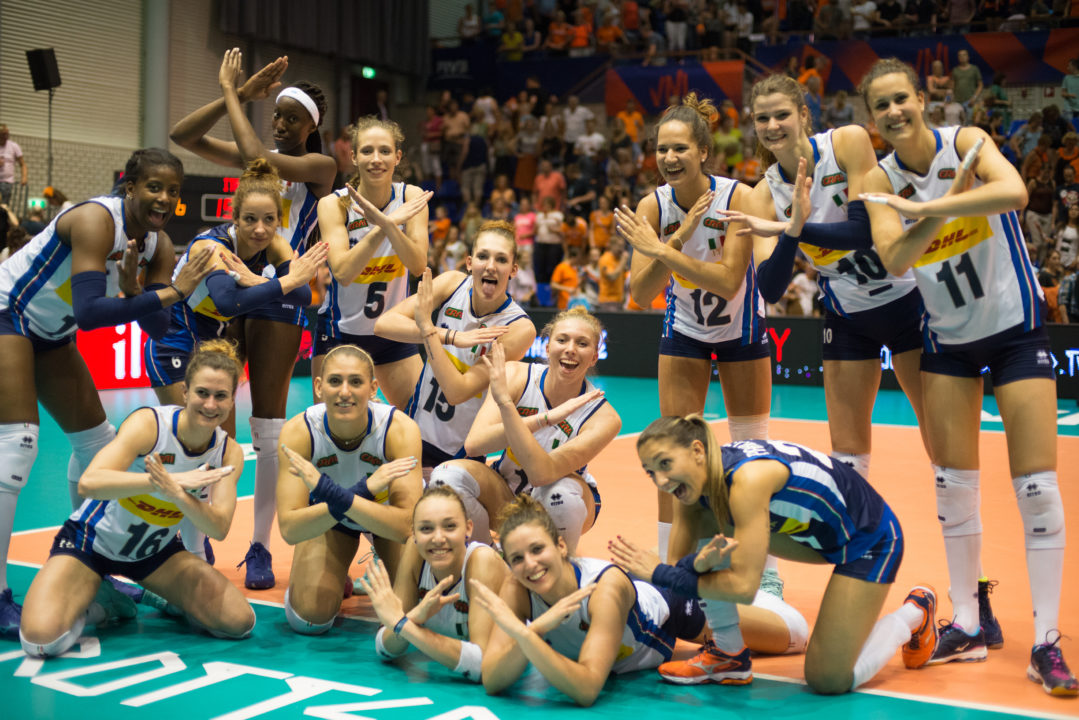 Serbia bounced back from its five-set loss to Italy with a quick sweep of the Dominican Republic on Wednesday. Meanwhile, the Italians continued their heart-stopping efforts with a second-straight, five-set win, this time over the Netherlands. Current Photo via FIVB

Serbia bounced back from its five-set loss to Italy with a quick sweep of the Dominican Republic on Wednesday. The victory vaulted the Serbs into second place in the VNL standings.

Brayelin Martinez was the lone player to reach double digits for the Dominican Republic, posting 10 points on nine kills and a block. Yonkaira Pena Isabel chipped in eight points, all on kills, while Jineiry Martinez added four kills and a team-leading two blocks.

Set 2 was the most hotly contested of the match as the Dominican Republic went up 14-8, only to see Serbia come charging back with a 9-2 run en route to a 25-20 win.

With the loss, the Dominican Republic is mathematically eliminated from the VNL Final Six race.

Paola Egonu posted a team-leading 21 kills, four blocks and two aces, as Italy stayed relevant in the Volleyball Nations League Final Six Race with a five-set win over the Netherlands.

Egonu’s 27 points were nearly matched by Lonneke Sloetjes‘ 25 for the home side, but her 21 kills, three aces and a block were not enough. Sloetjes’ nearest help came from Celeste Plak, who managed 10 points. Yvon Belien and Maret Balkestein-Grothues added eight points each. Plak tallied nine kills and an ace, while Balkestein-Grothues chipped in six putaways, a block and an ace. Belien was the team’s top blocker alongside Nicole Koolhaas with three stuffs.

Italy was the more error-prone team in the match with 35 to the Dutch team’s 28, including 10 in the opening stanza, but boasted a 54-45 lead in kills and 11-8 edge in blocks in the victory. The Netherlands outserved the Italians 9-8 in aces.

After falling behind 2-1 in the match, Italy built an 18-11 lead in Set 4 and boosted the margin to nine at 21-12. The Italians excelled from the service line, including a set-clinching ace by Pietrini.

Italy carried the momentum from there, pushing on to its second straight five-set win, following Tuesday’s victory over Serbia.