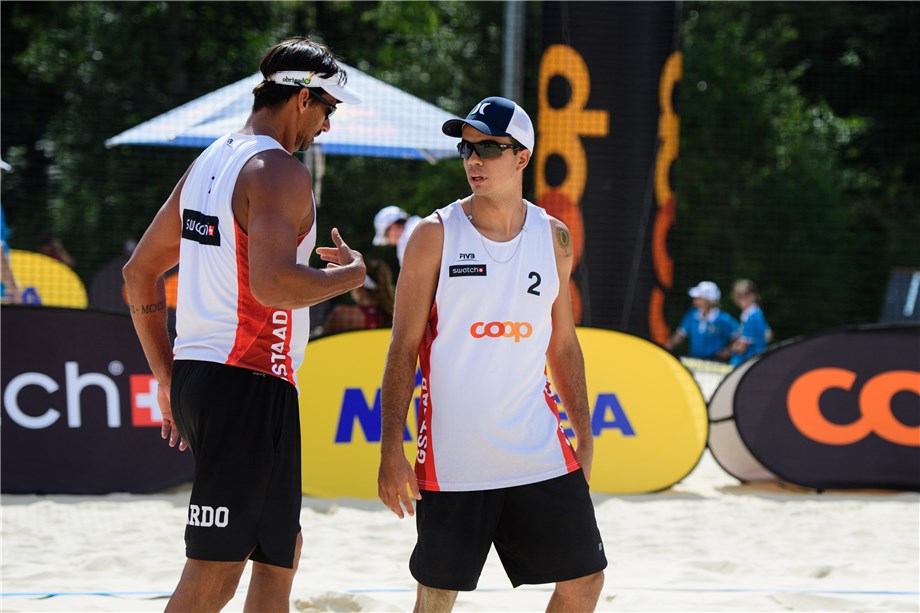 Ricardo Santos and Gustavo Carvalhães had a very rough volleyball week. After reaching the finals at Espinho Sunday, the duo boarded a plane, and less than 20 hours later, they were eliminated at the country-quota stage of the Gstaad Open. After the ordeal, Gustavo was infuriated with the situation (globo.com):

“We left our hotel in Porto at 11:30 pm, to board a flight at 03:00 to Zurich, where we arrived at 06:30 am and boarded a train to Gstaad. We arrived at Gstaad at 1 pm, slept for two hours, and headed to the game at 4:30. All of this, having played 5 consecutive days. This is inhumane. Tired? We are dead. Exhausted. Still, we took to the court and gave our best, but our bodies did not respond. We are not machines. With this, we say goodbye to Gstaad. Sad to know that we were eliminated due to physical limitations. I am sad to see that the competition did not even have 32 teams in the qualifying tournament and we would be ranked 1. Did we even need a country quota? We are coming from a final in the last competition. Why start a competition the day after the end of another? It was not the first or the last time that this will happen. This the result of the inhuman rush we have to face from one competition to another.”

This is the second time that Gustavo goes through such an ordeal in the last twelve months. If he, at 24 years of age, expressed such a reaction, imagine Ricardo, who is 43? Considering that beach players live off prize money earnings, FIVB needs to desperately do something to favor the players’ well-being during its World Tour stages, specially considering the obvious conclusion that most players participating at the 4-Star Espinho Open would also play at the 5-Star Gstaad Major.