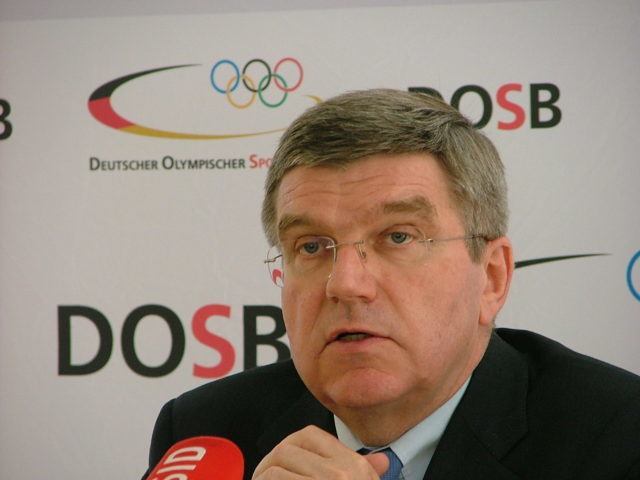 In a continued effort to maintain peace and improve relations between North and South Korea, IOC President Thomas Bach has invited the leaders of both nations to Lausanne for diplomatic talks and a friendly game of table tennis on Olympic Day (June 20th). Current Photo via Creative Commons 3.0

In a continued effort to maintain peace and improve relations between North and South Korea, President of the International Olympic Committee (IOC) Thomas Bach has invited the leaders of both nations to Lausanne, Switzerland, for diplomatic talks on Olympic Day (June 20th).

South Korean President Moon Jae-in, alongside the North Korean leader Kim Jong Un, are anticipated to attend the summit at the IOC headquarters. Bach also invited delegates from China and Japan, the hosts of the 2020 Summer Olympics and the 2022 Winter Olympics, respectively. In addition to the government officials, top athletes from each of the four countries will attend the meeting in Switzerland, where they will engage in a friendly game of table tennis.

In a press release, Bach is quoted stating that the upcoming summit represents “another step by Olympic sport to promote dialogue on and around the Korean peninsula,” and that sport “must continue to build bridges and show what it can do to bring people together.” Bach also cited the joint march of the two Koreas during the Opening Ceremony of the 2018 Winter Games as evidence that the Olympic Movement can play a monumental role in creating peace.

Per the IOC press release:

“The athletes taking part in the exhibition tournament are:

The athletes will be accompanied by the NOC Presidents of their countries.”

There is historical precedent to the (exhibition) game of table tennis the four delegations will be playing that dates back to the 1991 World Table Tennis Championships which saw a unified team of players from both North and South Korea compete as one Korea, under the same flag used in the 2018 Winter Olympics. The unified women’s team of two North and two South Korean players won the gold medal in the Women’s Corbillion Cup, while the Korean mixed doubles team tied for bronze. Though the mixed doubles team consisted of two players from North Korea, they nonetheless represented a unified Korean Peninsula.