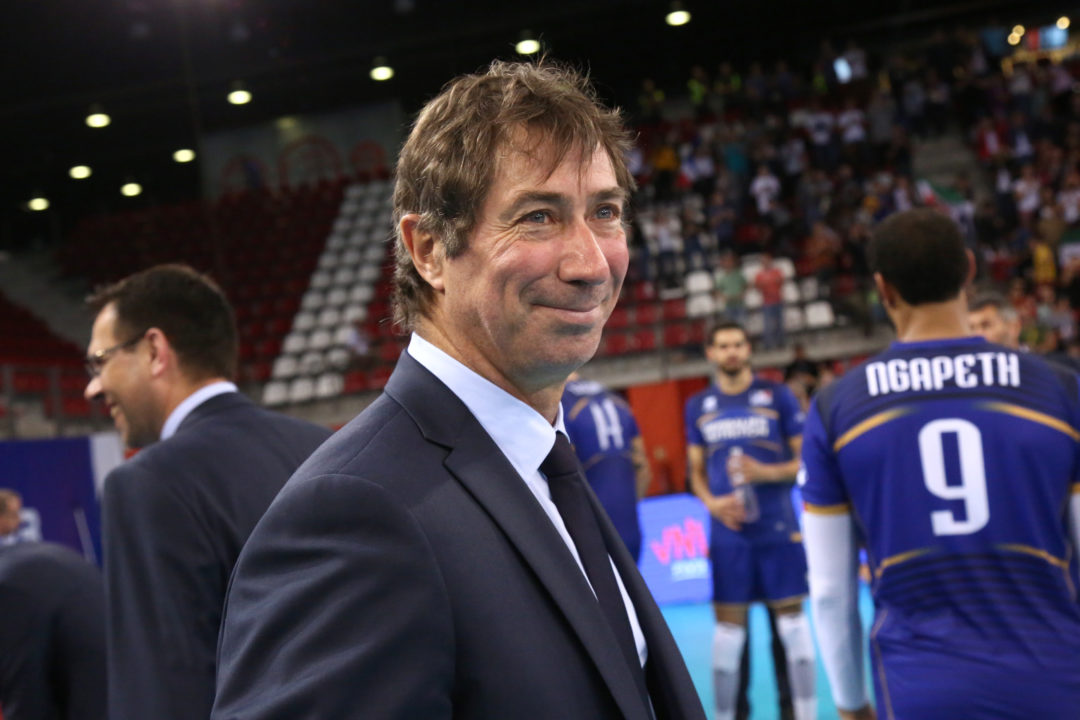 French coach Laurent Tillie will have his full complement of players on hand for the French home crowd in Aix-en-Provence this week. Archive Photo via FIVB

France has returned to its primary lineup for week 3 of the 2018 FIVB Men’s Volleyball Nations League that they will host this weekend in Aix-en-Provence, France. That means the return of electric outside hitter Earvin Ngapeth, starting setter Benjamin Toniutti, and starting libero Jenia Grebennikov.

Trevor Clevenot, typically an outside hitter, has also been selected for a second-straight week, but it’s as the team’s reserve libero, rather than his primary position of outside hitter.

Clevenot, who is recovering from shoulder surgery, missed week 1 of the tournament, but was named to the roster as a hitter in week 2. It was said when he returned to the side that it was more for training purposes than intent to play, and that came true: he didn’t see any court time in France’s 3 matches.

Now he’ll serve as backup libero, which allows him to continue training with the team and involves a very low chance that he’ll actually be pressed into action.

Playing without 3 starters, France went 1-2 in week 2 in Lodz. They were swept 3-0 by Poland, beat Germany 3-0, and lost to China 3-2. That slid them to 5th in the table, though as hosts of the Final 6, they’re guaranteed their seat in the next round of the tournament.

This week, France returns home to Aix-en-Provence, where they’ll play South Korea, Argentina, and Serbia. Serbia hasn’t won a match yet, Argentina is 1-5 in the tournament, and Serbia currently sits 8th in the table with a 4-2 record.