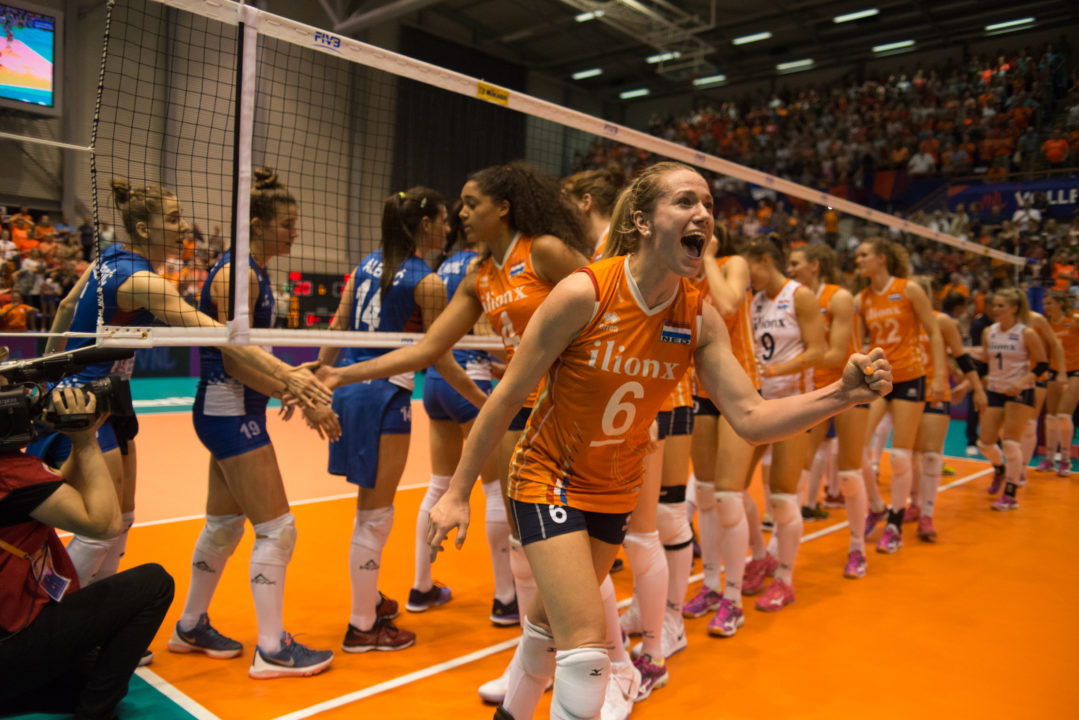 After four weeks of competition, the United States is the only team that has officially punched its ticket to the Volleyball Nations League Final Six due to results. China is in as the host team.  Current Photo via FIVB

After four weeks of competition, the United States is the only team that has officially punched its ticket to the Volleyball Nations League Final Six due to results. China, of course, is in as the host nation, but is just 6-6 on the tournament (20 points).

Italy has played its way into the conversation with five straight wins and 21 points at 7-5, but needs help to get in, trailing the Netherlands by five points.

With nine points remaining per team with three matches apiece on Week 5, although not eliminated via points, Russia (18) is a long shot, trailing fifth place Netherlands (26) by eight.

Although Poland is still within reach based on points (17), the tiebreak procedure goes to sets won/lost ratio and even with nine sets won, Poland can only reach a 31-24 mark, vs. the Netherlands worst possible finish at 30-23 with three straight set losses.

The top four of virtually locks with Brazil, Serbia and Turkey looking to join the USA with a win or three points over the week. Each check in with 28 points, although Brazil has done so with a 10-2 record vs. Serbia and Turkey’s 9-3 marks.

The Netherlands are 9-3 with 26 points. Two wins will sew up the Dutch’s spot in the Nanjing. The team has a tough road, however, facing Turkey, China and Germany in Stuttgart, Germany.

The Netherlands, Poland and Italy picked up the biggest wins of the day in terms of the standings. Italy swept past the Dominican Republic for three big points. Poland rebounded after dropping the first set against Germany to mathematically stay in the race, but were eliminated from contention by the Netherland’s comeback effort.

The Dutch came back from down two sets and won two stanzas in extra points against Serbia to give themselves a one-point cushion going into Week 5. The match saw Tijana Boskovic‘s 35 points for Serbia go begging.

Russia and Brazil also went to tiebreak, with Tandara Caixeta racking up 30 points to lift Brazil to victory.

Japan and Thailand also supplied some heart-pounding volleyball, as the host Thai won the first two sets and looked primed to record their first home win, before having their hopes crushed by the Japanese, including a 22-20 Set 5 victory.

Potentially lost in the drama was the 10th-straight victory for the United States, a sweep of China.

Here’s a look at how it happened. 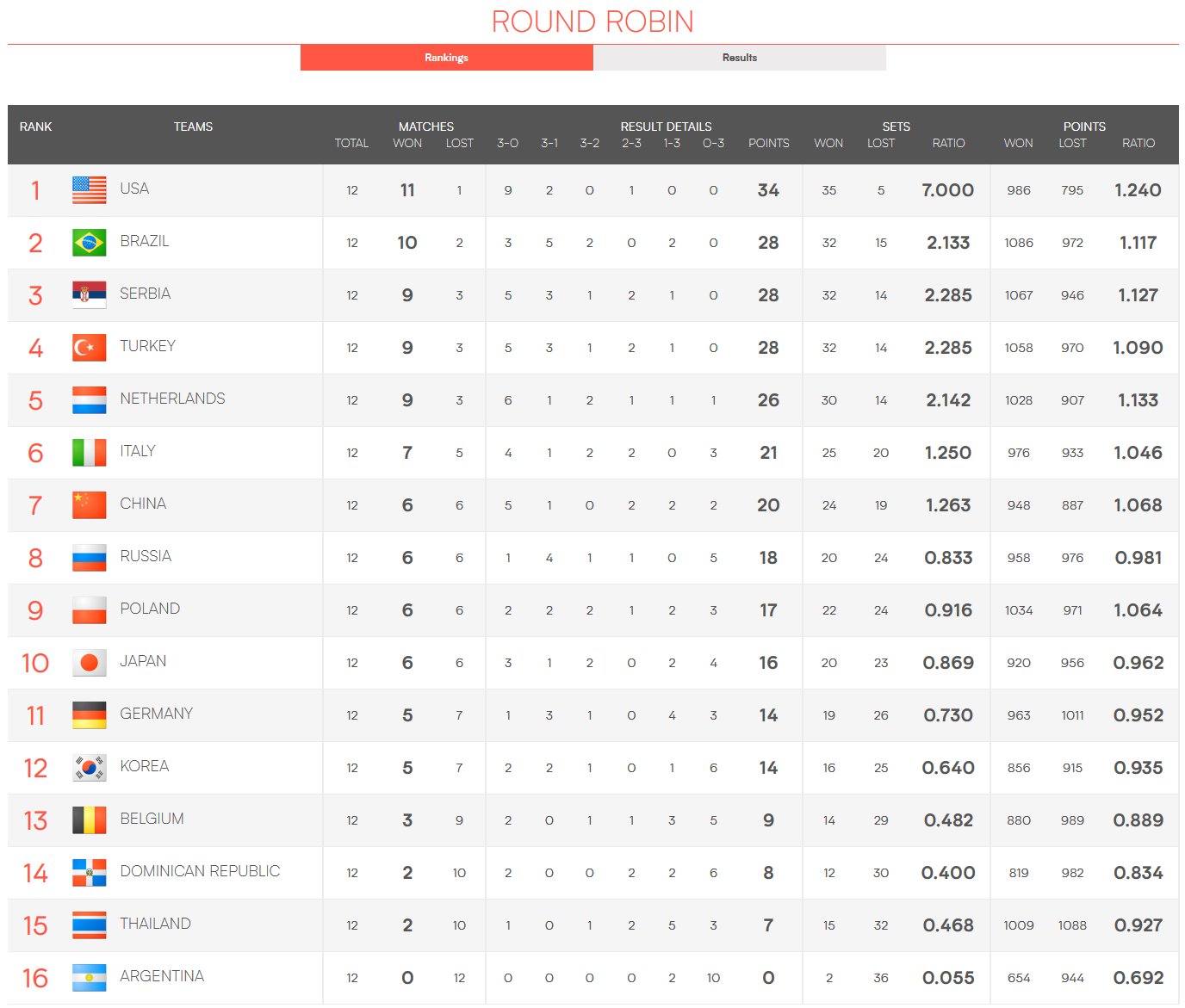