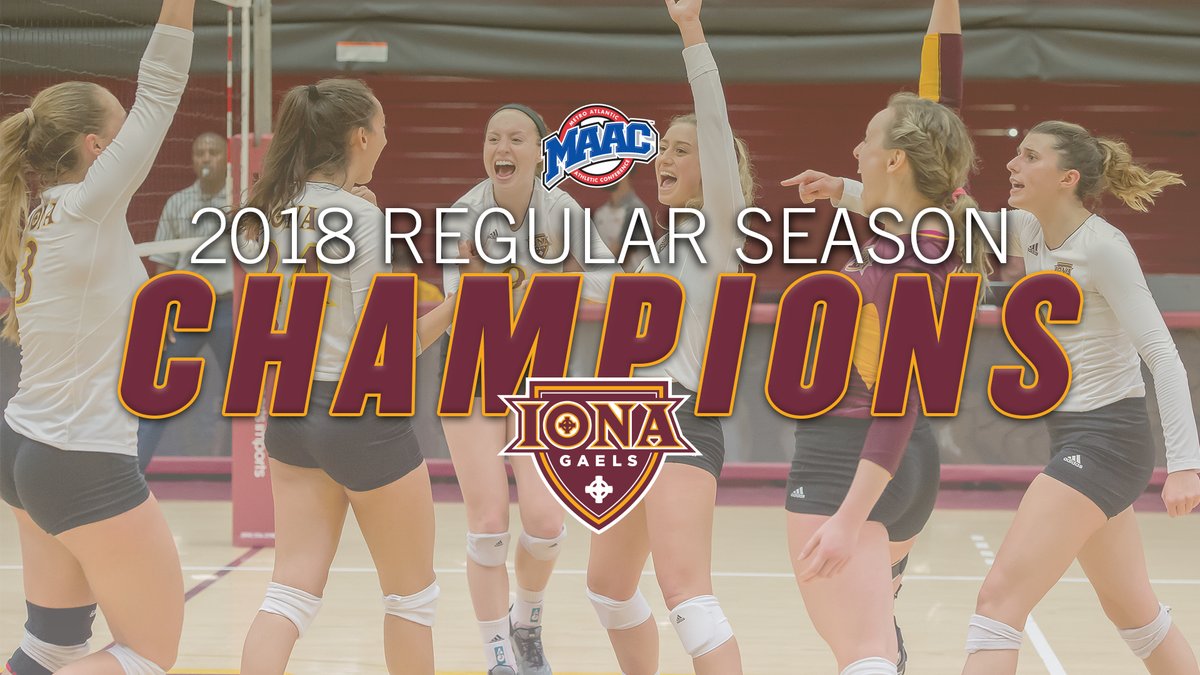 Iona currently sits 15-2 in MAAC play and 17-7 overall. The Gaels are 4-1 in their last five matches and are 8-2 at home this season. Iona’s regular season finale is Sunday at home against Siena.

The Gaels will be the top seed in the upcoming MAAC Championship for the first time and will receive a bye until the semifinal round.

The MAAC Volleyball Championship is November 15-17 down at the ESPN Wide World of Sports Complex in Lake Buena Vista, Florida. Seeds three through 10 will play first-round matchups on Thursday, November 15. The second round will be on the morning of November 16 with the semifinals following in the evening. The championship game is Saturday, November 17 at 3 p.m. All games on Friday and Saturday will air on ESPN3.

For more information on the 2018 MAAC Volleyball Championship; including game times, tickets, and schedule visit maacsports.com/vb. Also, follow @MAACSports and @MAACOlySports on Twitter and join the conversation by using the hashtag #MAACVB on social media.