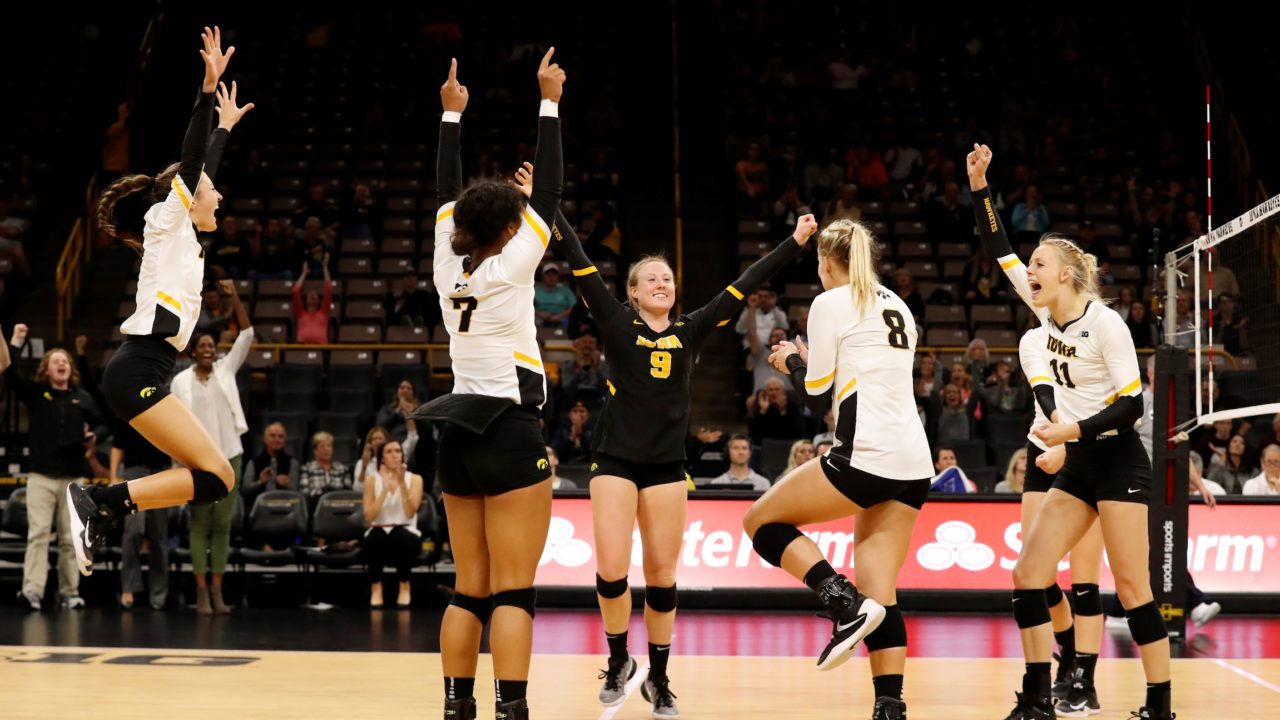 On the Saturday of Homecoming Week, the Hawkeye faithful made it a point to cheer on the Hawks in any way they could. Current Photo via Iowa Athletics/Iowa Volleyball

On the Saturday of Homecoming Week, the Hawkeye faithful made it a point to cheer on the Hawks in any way they could. After a dominant 45-16 win on the football field against Illinois, the Hawkeye volleyball team wanted to follow up with an upset against the no. 4 Nebraska Cornhuskers.

While the match didn’t go as planned, with the Hawks getting swept 25-18, 25-17, 25-20, it was a historic night inside Carver Hawkeye Arena, as the single-match attendance record was broken.

A part of what Iowa Volleyball was calling “Operation 5k”, the goal was to get more than five thousand fans in Carver. The final numbers didn’t quite make it to five thousand, with the total being 4,729. However, that number was still enough to shatter the previous record of 4,131, recorded last season against the then no. 1 Nebraska Cornhuskers.

“That was awesome, and it’s really rewarding for our team, for our program, for our marketing staff, everybody that is working so hard to break that attendance record,” Iowa coach Bond Shymansky said.

“We know that our Hawkeye fans are so die hard and so faithful, and we really appreciate that. Our team is showing a lot of improvement.”

“It’s awesome for us to keep climbing in our attendance to keep setting new records, you know last year we set program records for wins and things that our team was doing but then also our fans are helping us set records for the environment that we can create.”

The Hawks had their first winning season since 2000 last season, going 19-13. Shymansky is in his fourth year as coach of the Hawkeyes, and it is easy to see that the program is headed in the right direction.

“Every recruit that comes here and sees a home match in an environment like that they know that this is the big time,” Shymansky said. “The Big Ten. This is the top. We are playing at the top night in and night out, and our team is showing that we belong and we are competitive and we are winning in the Big Ten and really loving what we are doing.”

“The energy is great when you fill Carver like that for volleyball. I think that our goal, frankly, is to start creating new fans. We want them to come in and be educated about the game and fall in love with the atmosphere and the environment. The pace of it is so fun because it is so fast and high intensity.”