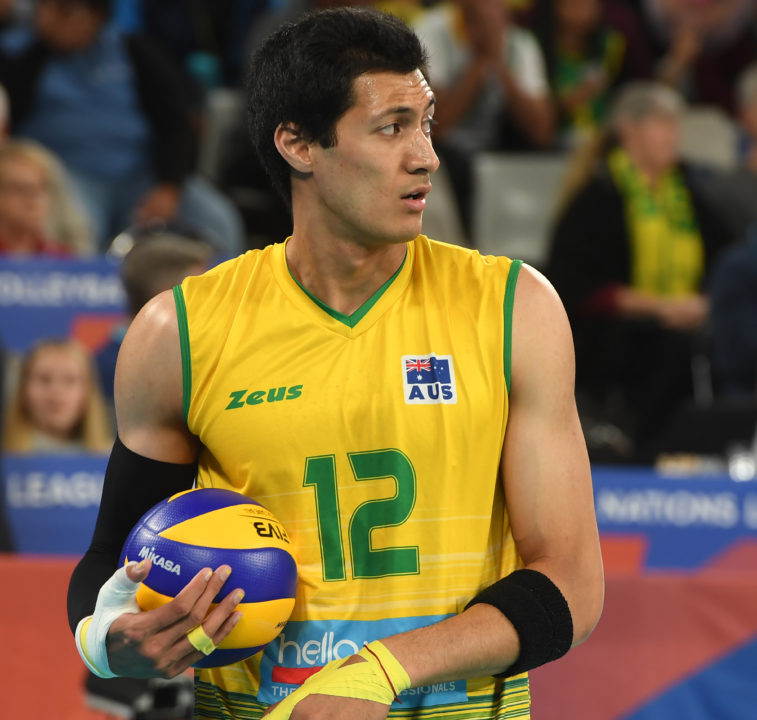 On the eve of his second FIVB World Championships, the hugely popular Samoan born-Australian middle blocker Nehemiah Mote, known to volleyball fans worldwide as “Nemo”, took a moment to reflect on the journey he has taken since the last edition, held in Poland in 2014. Current Photo via FIVB

The 2018 FIVB World Championships, taking place in Italy and Bulgaria, may be the final step on a path to the top of the volleyball mountain for the 24 teams participating, but for some athletes, this event allows them to look back at the road they have travelled. On the eve of his second FIVB World Championships, the hugely popular Samoan born-Australian middle blocker Nehemiah Mote, known to volleyball fans worldwide as “Nemo”, took a moment to reflect on the journey he has taken since the last edition, held in Poland in 2014.

In a rollercoaster four years after exploding onto the international volleyball scene, Nemo completed his first professional season in the German Bundesliga playing for TV Buhl, only to suffer a serious knee injury in front of his home crowd at World League in Sydney. Two challenging years were lost to the grind of rehabilitation before Nemo made a gradual return to the Volleyroos at the 2017 Asian Championships in Indonesia. Reinvigorated, he made his return to European club volleyball with Swiss powerhouse Amriswil, winning the Swiss Cup , before starring in the Volleyroo’s 2018 Volleyball Nations League campaign.

“It hasn’t been the same ride as leading up to the last world champs,” said Mote “even though it’s the second time round, there’s still something young about it, I don’t feel like I’ve been in the game so long, it still feels fresh.”

The changes have not been limited to just the volleyball court either, with Nehemiah and his partner Tamara welcoming their first child, a baby boy named Kanaan, into the world.

However, the most noticeable change for his many fans around the world will be the addition of a traditional Samoan Tatau (or tattoo) that stretches from below his knees to the middle of his torso.

Beloved by teammates and fans alike for his infectious smile and cheeky sense of humor, his Samoan heritage is a matter of great seriousness for Mote, “For me it’s really important, this tattoo is specific to the Samoan people. I was at a point in the last few years where I really felt strongly about it and I asked myself ‘how can I honour my parents?’ ”

Using traditional hand tattooing methods, the process took a total of 10 days, with some days involving 11 grueling hours in the hands of the “Tufuga Ta Tatau”, or master tattooist. To receive the Tatau is a matter of great significance in Samoan culture, and is worn as a mark of Fa’aaloalo (Respect) and Tautua (Service).

“There were times why I questioned why I began to do it,” Mote said, “ the pain is part of it, and I guess that’s why people that do receive it are revered and respected in that way, because it does hurt a lot.”

Relishing the opportunity to once again take on the world’s best at the 2018 FIVB World Championships, Nehemiah sees it as another chance to proudly represent his Samoan heritage while wearing the traditional Australian sporting colors of green and gold for the Volleyroos.  ”I try to come into every season with the mindset of not being complacent  and using past efforts or past achievements to justify any sort of position, it’s an honor to play for the national team and to fly with this Pe’a (the Samoan word for Bat, part of the origin story of Samoan tattooing).”