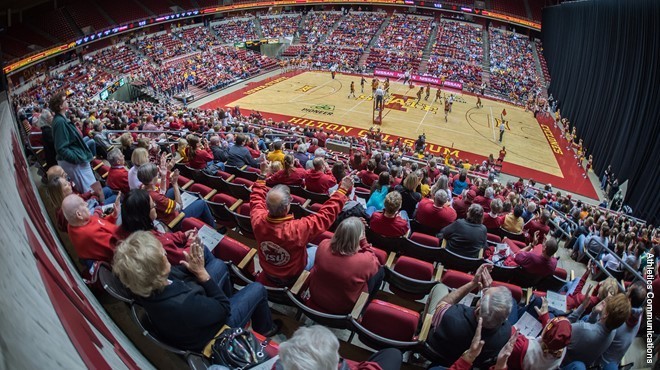 Iowa State is bringing in Hannah Cherry as their second transfer for 2017. Archive Photo via Iowa State Athletics/Athletics Communications

The Iowa State Cyclones are tacking on Hannah Cherry to its roster after she decided to transfer from Northern Arizona. A 5’9″ defensive specialist/libero, Cherry will be immediately eligible in 2017 and have three years left of action.

Cherry will be a redshirt sophomore in 2017 after spending two seasons at Northern Arizona – one as a redshirt in 2015. In 2016, Cherry saw reserve action for a majority of the season, but came on strong at the end when she started the final eight matches of the season at the libero position. In one of those starts, she collected a career-high 29 digs against Idaho State. In total for the year, she totaled 130 digs (1.83 per set) and 18 aces.

“With Hannah, we see someone that can contribute to our ball-handling,” Iowa State head coach Christy Johnson-Lynch said in the Cyclone’s release. “She’s an experienced player who earned time at libero at her last school. We’ll train her in a few positions and see where she fits in best, but I am very excited to add her ball control to this team.”

Originally from St. Charles, Missouri, Cherry now will head back to the midwest where she was a two-time First Team All-State outside hitter at Villa Duchesne High School. She also joins Josie Herbst as a fellow transfer into the Iowa State program.

Iowa State finished 18-11 in 2016, also going 10-6 in the Big 12. They’ve finished in the top three of the Big 12 for eight straight seasons and have made 11 consecutive trips to the NCAA Tournament.