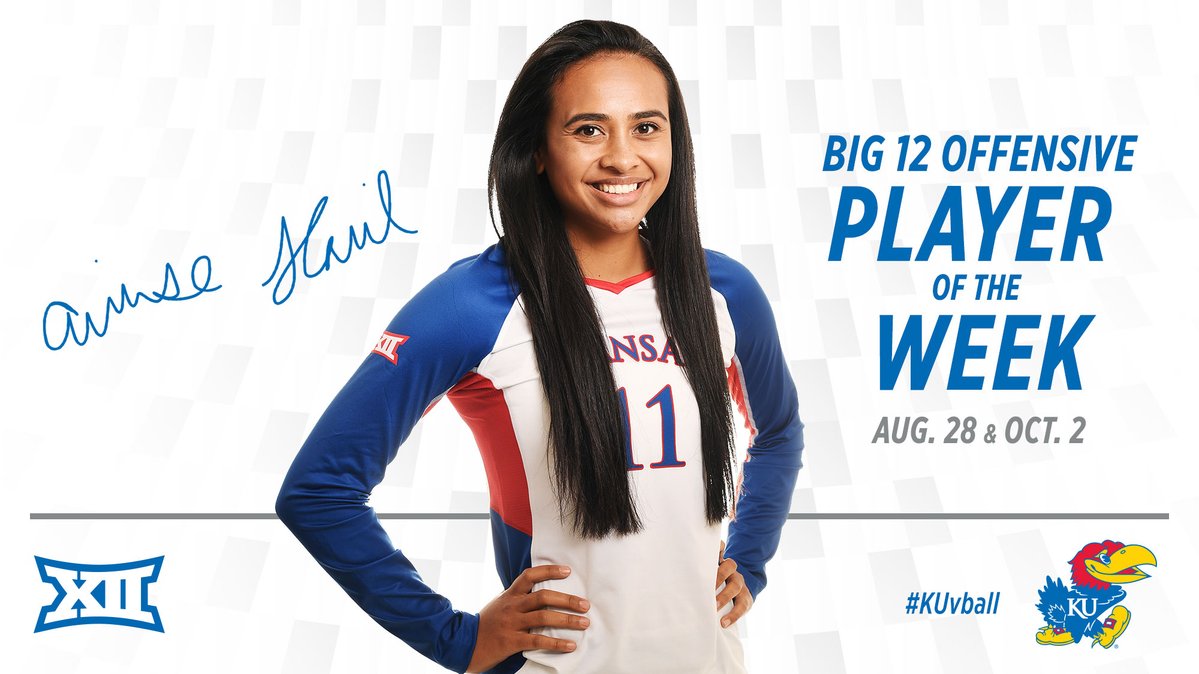 Kansas setter Ainise Havili guided the Jayhawks to a .302 hitting percentage in a pair of wins over Iowa State and TCU en route to Big 12 Offensive Player of the Week accolades.  The senior dished out 12.38 assists per set, while also adding 2.63 digs per set, garnering the eighth Big 12 weekly honor of her career and fourth of the season.  In the five-setter against the Cyclones, the Fort Worth, Texas, native set the Jayhawks to a .263 effort, while notching a 60-assist, 17-dig double double and adding four kills of her own. Against the Horned Frogs, KU hit at a  .386 clip as Havili dished out 39 assists and added four digs, four kills and two aces.

Iowa State libero Hali Hillegas averaged 5.70 digs per set on the way to Big 12 Defensive Player of the Week honors. The accolade, Hillegas’ third of the season and fifth of her career, came after the redshirt sophomore notched 23 digs against Kansas and a career-best 34 against Texas Tech. The Charles City, Iowa native currently ranks 13th nationally with 5.61 digs per set and has racked up 20 or more digs in each of the Cyclones’ last six matches.

Texas setter Ashley Shook was named Big 12 Freshman of the Week after accounting for 11.50 assists and 3.17 digs per set in the Longhorns’ sweeps of Baylor and Kansas State. Against the Bears, the rookie guided Texas to a .263 hitting effort, while notching a 31-assist, 15-dig double-double. The 15 digs were tops on the team. Against the Wildcats, the Longhorns hit at a .494 clip, committing just two hitting errors on the night, as the Plainfield, Illinois, native dished out 38 assists to go with foru digs and two kills. 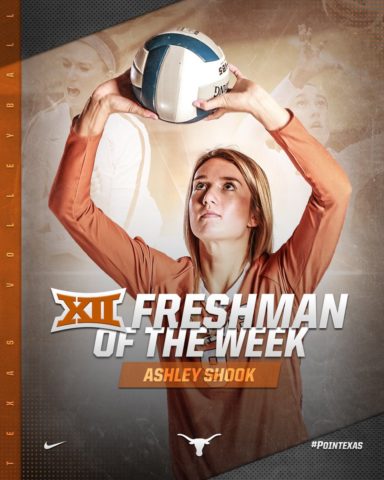