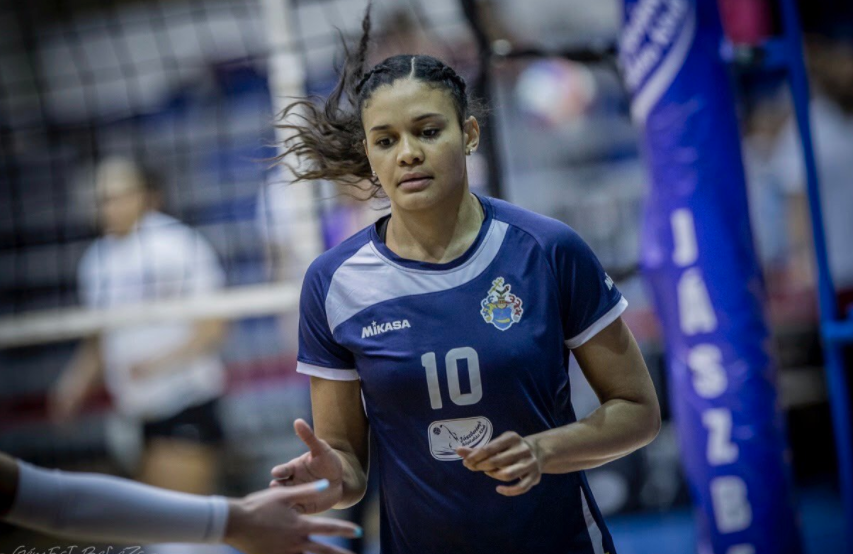 Former Iowa State outside hitter Genesis Miranda has inked her first pro contract with Jaszberenyi Roplabda Klub in Hungary for the remainder of the season.  Current Photo via Iowa State Athletics

Former Iowa State outside hitter Genesis Miranda has inked her first pro contract with Jaszberenyi Roplabda Klub in Hungary for the remainder of the season.

Miranda was a two-year Cyclone player, transferring in her junior year after two seasons with Evansville in the Missouri Valley Conference. With Evansville, Miranda set a school record for kills in a season during her sophomore campaign with 493 kills, adding to her 328 kills from her freshman season. With the Cyclones, Miranda amassed 169 kills over two seasons, along with 40 blocks while ranking third on the team with 19 aces in her senior season.

Her final season with Iowa State also led to Miranda being proposed to on her senior night by long-time boyfriend Joel Huertas. That night was capped off with a three-set sweep over Texas Tech to which Miranda posted one service ace.

Now Miranda will take her talents to Hungary to play with Jaszberenyi who finished the main part of the season with a 6-4 record and a third-place finish in Group A. This finish was enough to move them into the Winners Stage of the season where they sit in fourth place overall with a 1-2 record. The team’s next match will be against MCM Kaposvari who sits in sixth-place after going 0-2 to start the winner’s stage on February 2.

Congrats to Genesis Miranda on signing a pro contract and beginning her career with Jászberényi Röplabda Klub in Hungary!