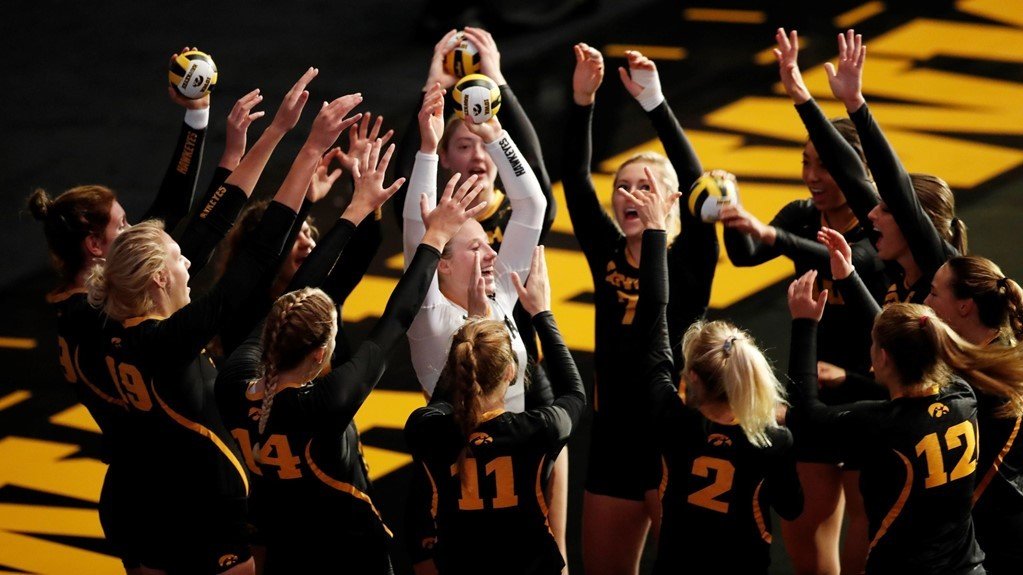 The University of Iowa volleyball team will host its annual Black and Gold Scrimmage on Saturday, Aug. 19 at Carver-Hawkeye Arena. The... Current Photo via Iowa Athletics

The University of Iowa volleyball team will host its annual Black and Gold Scrimmage on Saturday, Aug. 19 at Carver-Hawkeye Arena. The scrimmage is set for 2 p.m. (CT) on the main floor of the arena. Doors will open to the public at 1 p.m. and fans should enter through the south and west entrances. Admission is free.

Hawkeye fans can see the 2017 squad in action for the first time. Iowa returns nine letterwinners from 2016 and welcomes eight newcomers to its roster.

Live updates will be available on the team’s Twitter feed, @iowavolleyball. The team will sign autographs immediately following the match.

The Hawkeyes open the 2017 regular season at the LBSU Invitational on Aug. 25-26. Iowa faces Wright State on Aug. 25 at noon before taking on Stanford (noon) and Long Beach State (9 p.m.) on Aug. 26 to close out opening weekend.