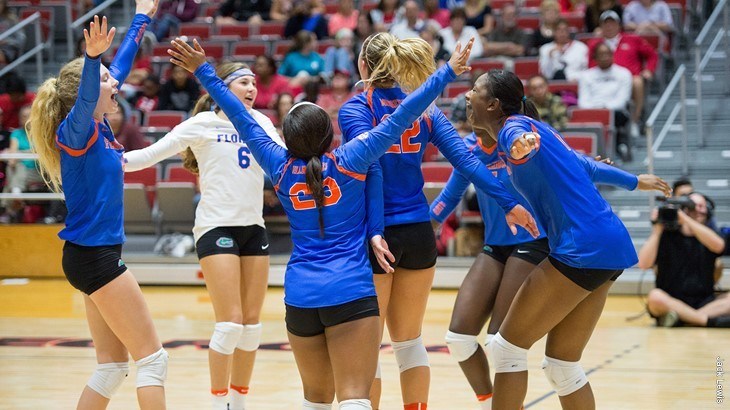 Florida is the team to watch in the Southeastern Conference according to the league’s coaches as the Gators were named preseason favorite in the coaches’ poll. Archive Photo via Florida Athletics

Florida is the team to watch in the Southeastern Conference according to the league’s coaches as the Gators were named preseason favorite in the coaches’ poll.

Florida, which went 27-4 and shared the league title with Missouri in 2016, ranked 15th in the final AVCA poll of the year. The Gators’ roster features nine upperclassmen, including six seniors.

Kentucky, which posted a 23-8 mark, advanced to the NCAA Second Round, and wound up in 23rd in the final AVCA poll, came in second in the preseason poll voting, just one point behind the Gators (139-138). Missouri, which made the Sweet 16 and finished 16th in the AVCA rankings, checked in at third place in the preseason ACC listing.

Kentucky returns both SEC Libero of the Year Ashley Dusek and Freshman of the Year Leah Edmond, who earned third team All-America honors at outside hitter.