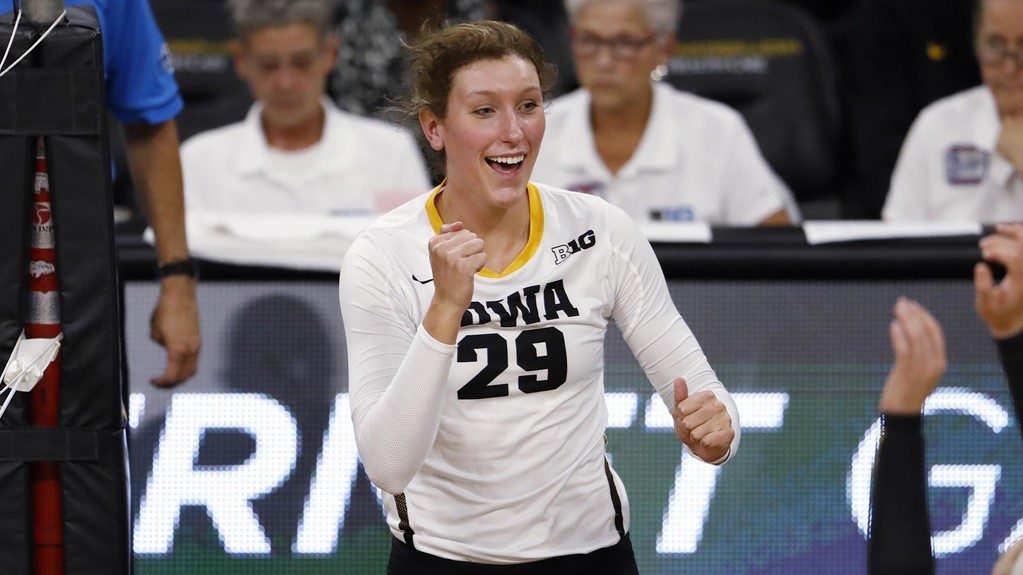 The University of Iowa volleyball team caught fire in the third and fourth sets to capture a 3-1 victory over... Current Photo via Iowa Athletics

The University of Iowa volleyball team caught fire in the third and fourth sets to capture a 3-1 victory over Long Beach State on Saturday night in the final match of the LBSU Invitational.

Set 1 (25-23) | The Hawkeyes came out on top of a hard-fought first set that featured nine ties and two lead changes. With the score knotted at 23-23, Gabrielle Orr and Reghan Coyle tallied back-to-back kills to secure a 1-0 match lead for Iowa.

“We had a few too many errors as attackers in the first two sets. I’d like to watch us assert ourselves like we did in sets three and four, but it was a nice comeback victory after the loss to Stanford this morning. Taylor Louis again really leading the charge offensively, and Jess Janota doing what we know she can do. She really went into beast mode as a hitter for us and got the slide attack going. The surprise of the night was Brie Orr, getting really offensive with nice kills as well as setting a really nice game. I thought our serving and passing, especially our passing, was just phenomenal. That’s a good sign for us as we get deeper into the non-conference schedule.”