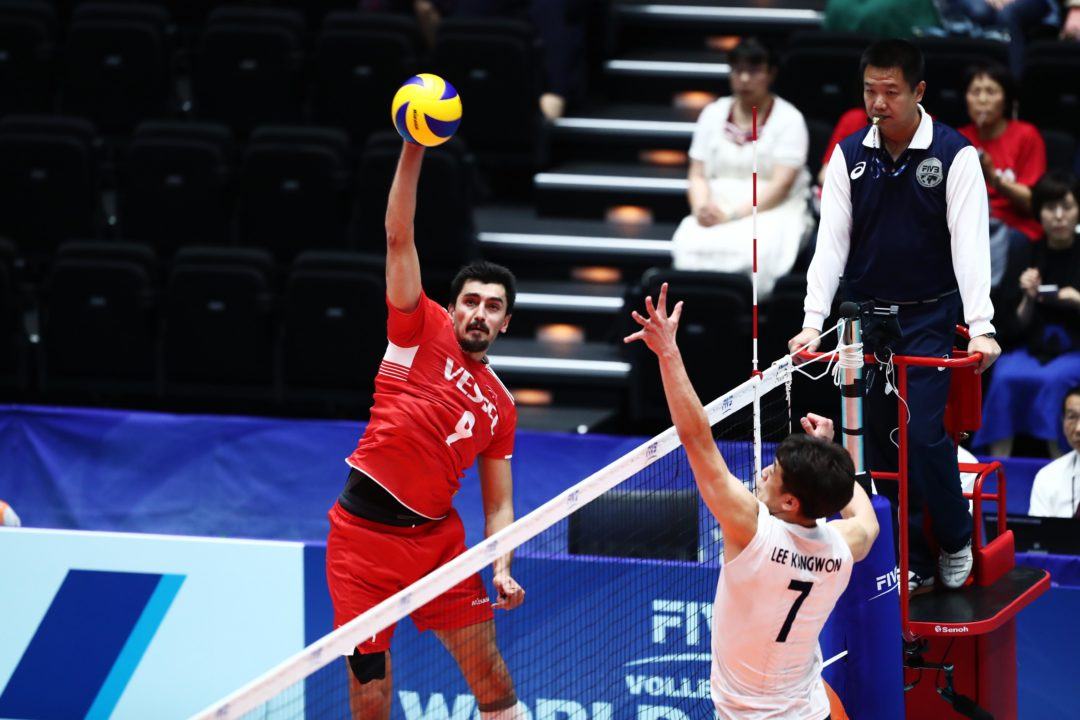 Istanbul BBSK is fortifying its roster with the addition of Serhat Coskun, a soon-to-be 30-year old opposite/receiver. Coskun was last with a pair of clubs in 2016-2017: Chinese Tianjin and Turkish Afyon Belediye Yüntas.

The 199 cm (6’5″) Coskun began his professional club career with Halkbank Ankara, where he spent four seasons (2009-2013). In his final season with the club, Coskun won the Men’s CEV Cup and in 2012 was named the Men’s European Volleyball League Best Scorer. The following year he remained in the city of Ankara, but switched over to Ziraat Bankasi Ankara for two seasons (2013-2015). He spent an additional season in the same city but again changing sides to Maliye Mill Piyango (2015-2016). That led up to last year when he left his home country to play for a non-Turkish team in China. He made an in-season move back to Turkey though, where he will once again be in 2017-2018.

Coskun is also part of the Turkish National Team, as he recently competed with his country in the 2017 FIVB World League where Turkey went 3-6 in Group 2. In the final two matches of the event, Coskun posted 13 points vs. Korea and 11 vs. Group 2 champion Slovenia. Now, he will look to focus on the upcoming club season for Istanbul BBSK.

Istanbul BBSK finished eighth in the 12-team Turkish league last season. They went 11-11, good enough for 30 points in the regular season. That was followed by a quarterfinal round loss and two more defeats in the 5th-8th place matches as they finished the postseason right where they ended the regular season – in eighth. They last won the Turkish league in the 2008-2009 season.