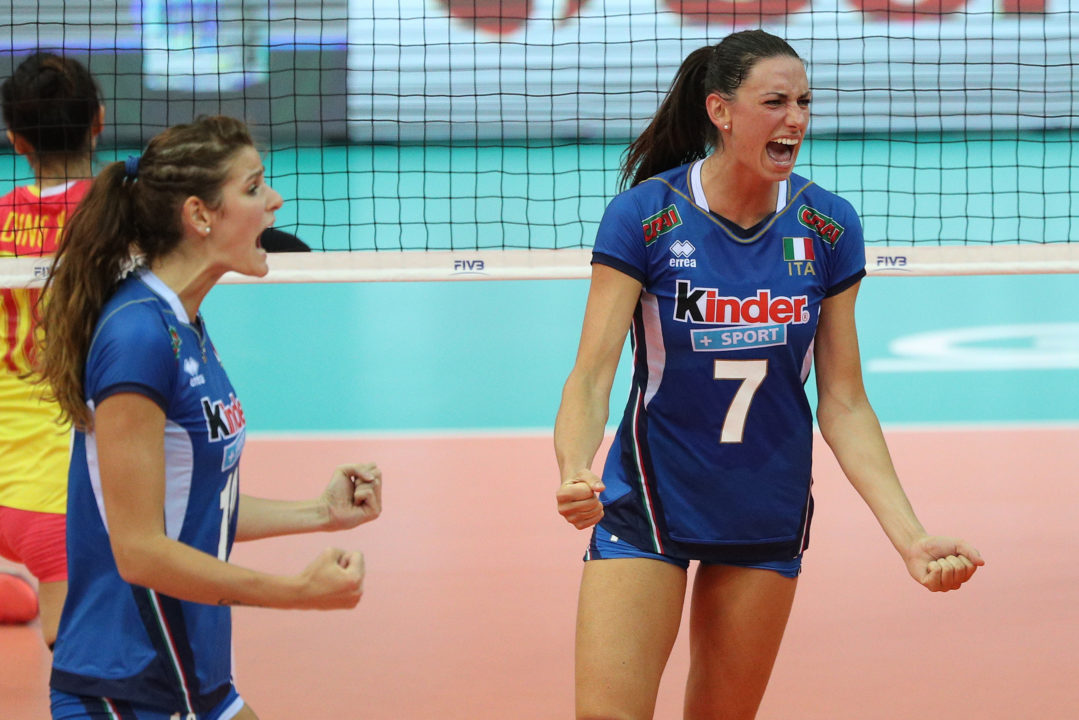 Raphaela Folie (right) has begun rehab after surgery on her left knee. Archive Photo via FIVB

Italian outside hitter Raphaela Folie has begun rehabilitation efforst on her left knee after undergoing surgery on a torn ACL with further injury to her MCL and meniscus.

Folie was injured in the penultimate game of the Italian Championship series, a series that they would go on to win in spite of her injury and another in March to middle blocker Robin de Kruijf. In an Instagram post this week, Folie was back in the training center of Imoco Volley, where she received her Italian medal in a special ceremony with her family.

While her club team was able to withstand her absence, the Italian team has suffered without her – even this week, when they’ve been closer to full strength with 5 of their 7 starters (including libero) present for Week 3 of the Volleyball Nations League. Italy lost 3-2 to Japan to open Hong Kong, even with Japan playing without one of their stars Sarina Koga.

Folie was injured after a swing and landing on one leg. There was no contact on the play and no other players around, her planting leg simply buckled under the force of her landing.

Folie’s rehab began immediately after the surgery, and while the expected timeline for her return isn’t until well into the new club season, she has at least returned to Imoco’s facility – an important step on the journey.

The video of the injury below. Warning: not for the faint of heart.