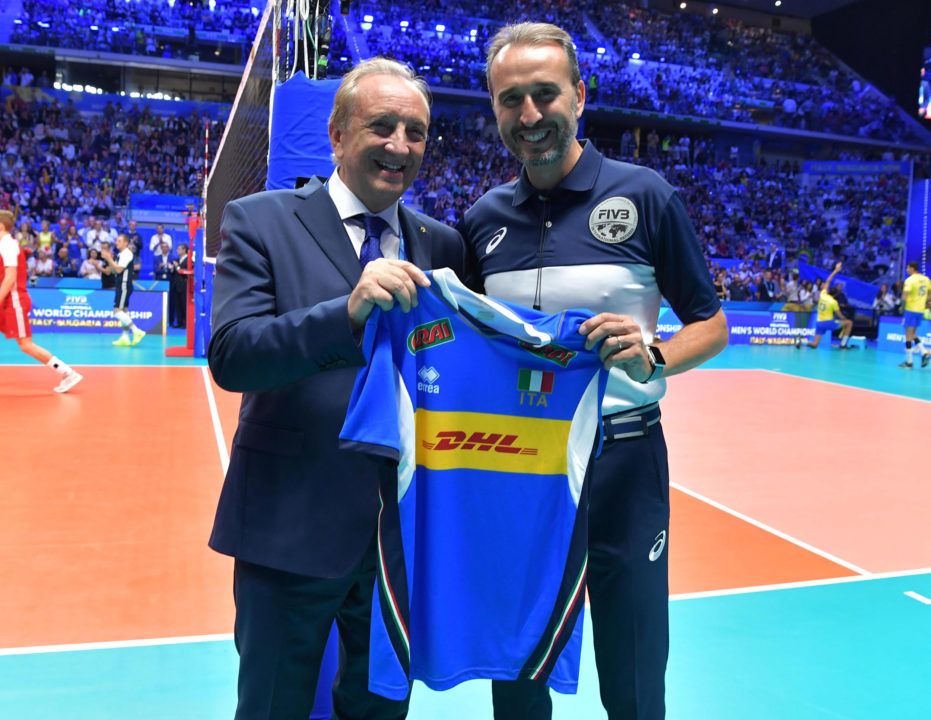 Fabrizio Pasquali was presented with a ceremonial jersey by Italian Volleyball Federation president Bruno Cattaneo on the occasion of his last match as an international referee. Current Photo via FIVB

After officiating the final match of the 2018 FIVB Men’s Volleyball World Championship, Italian referee Fabrizio Pasquali announced his retirement. He will instead focus on his new role as the head of officials for Italy’s Serie A.