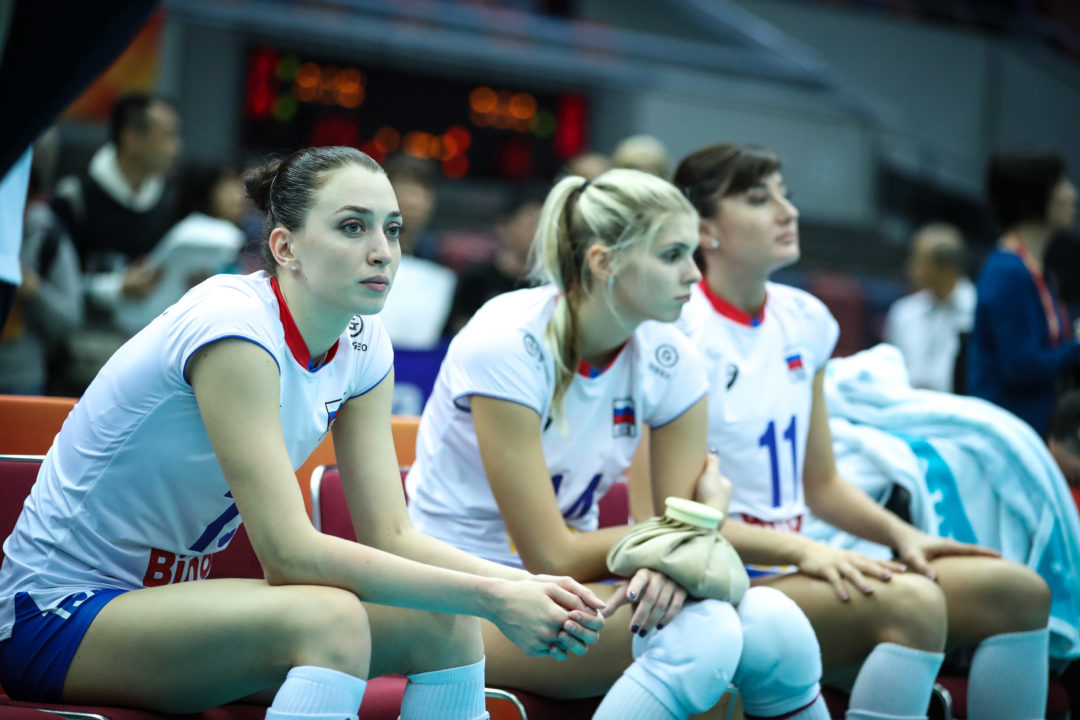 The Russians finished 8th at the 2018 Women's Volleyball World Championships, which is the worst finish in the country's history. Archive Photo via FIVB

In a summer season marred by injury: a new level of disappointment for the Russian Women’s National Volleyball Team. Their 8th-place finish in 2018 marks the lowest finish at a World Championship in their history, even dating back to the Soviet era.

The Russians’ previous worst finishes were back-to-back 6th-place results in 1982 and 1986. This also marks Russia’s 2nd-straight tournament without a podium finish, after placing just 5th in 2014.

Russia are the most-decorated nation, including their Soviet trailers, in the history of the World Championships. They have won the tournament 7 times and finished on the podium 13 times in the 17 editions of the tournament through 2014.

The problem for the Russians were two-fold:

A lot of attention has been paid to Brazil’s absence from the Final 6, after they earned medals at each of the last 3 editions. But the Brazilians, a more recent volleyball superpower on the women’s side, didn’t lose nearly the run as the Russians. Brazil was 7th in 2002, and until 1994 had never been higher than 5th.

The question becomes: would a full-strength Russian team have been able to advance? Russia, with Goncharova and Kosheleva, are probably better than the Netherlands and Japan; but even if we just focus on the more-recent absence of Goncharova – to advance would have meant via Pool F placement that the Americans or Chinese, 2 of the 4 best teams in the world, wouldn’t have. Then we would be crafting a whole different story of disappointment for one of those nations.

This shows that parity in women’s volleyball, while still not quite at the level of the men’s game, is improving, and so the era of teams with runs like the Russians’ is probably coming to an end.