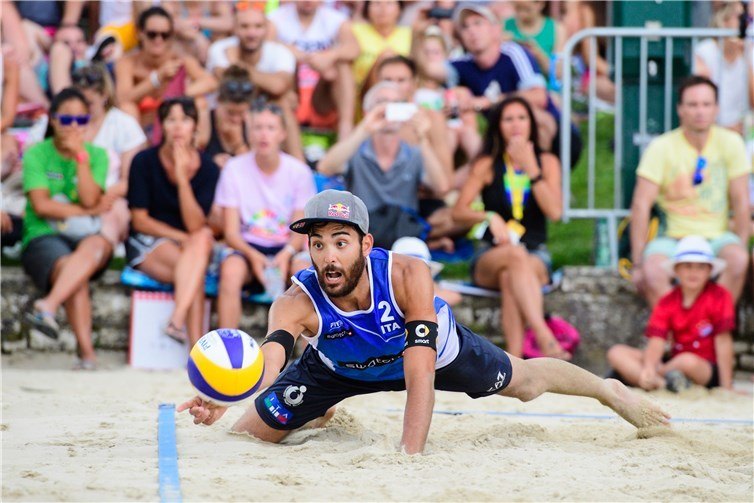 Eight teams from seven countries collected pool titles at the Porec Major after three days of play. The teams are playing for their shot at a portion of the $600,000 purse prize. The elimination portion of the tournament will begin on Saturday, July 1. 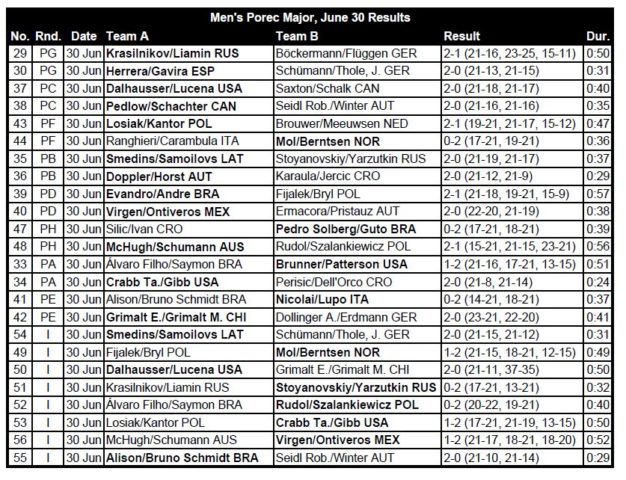 Two Brazilian squads were able to hold the helm of their pool, with Evandro Goncalves/Andre Loyola and Pedro Solberg/Gustavo ‘Guto’ Carvalhaes headlining Pool’s D & G, respectively. From the Netherlands, Alexander Brouwer/Robert Meeuwsen took the top spot in Pool F, while Italy’s Daniele Lupo and Paolo Nicolai avenged a previous setback to Alison Cerutti/Bruno Schmidt to take the number one position in Pool E.

In addition to the pool leaders, eight other teams from Austria, Brazil, Norway, Latvia, Mexico, Poland, Russia and the United States move on to the elimination rounds of the tournament.

The men’s tournament will conclude on Sunday, July 2 with the semifinals and finals taking place.