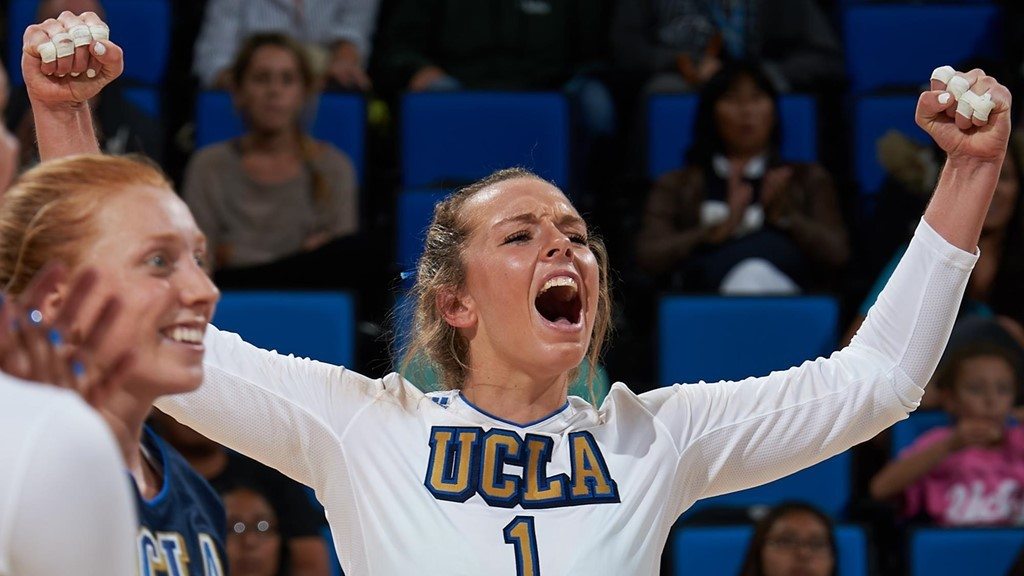 Former UCLA Indoor and Beach player Jordan Anderson is headed off to Washington for one final beach season. Archive Photo via UCLA Athletics

After a successful senior year on the indoor court, Jordan Anderson of UCLA followed it up with a strong junior year in the sand. However, with just one season of beach left in her collegiate eligibility, she’s heading north to the University of Washington for the 2018 beach season.

As a 6’0″ outside hitter, Anderson was second on the UCLA indoor team in 2016 with 399 kills. She also added 139 digs and 50 blocks as a senior when she helped push the Bruins to the Elite Eight before they lost to Minnesota. She also helped UCLA experience a 30-6 season out in the sand.

Originally from Flower Mound, Texas, this will be the third school for Anderson. She spent two years at West Virginia before transferring to UCLA for two years indoor and two on beach. Although she has exhausted her eligibility inside the gym, she still has one year left of play on the beach which she will utilize at Washington.

UCLA made it to the semifinal round of the 2017 Beach Volleyball Championship, but fell to Pepperdine before losing again in the elimination bracket the next match. While Washington posted a winning record at 11-7, they didn’t have nearly as good of a year as UCLA. Anderson will look to change that in her final year of collegiate volleyball on the beach next season.