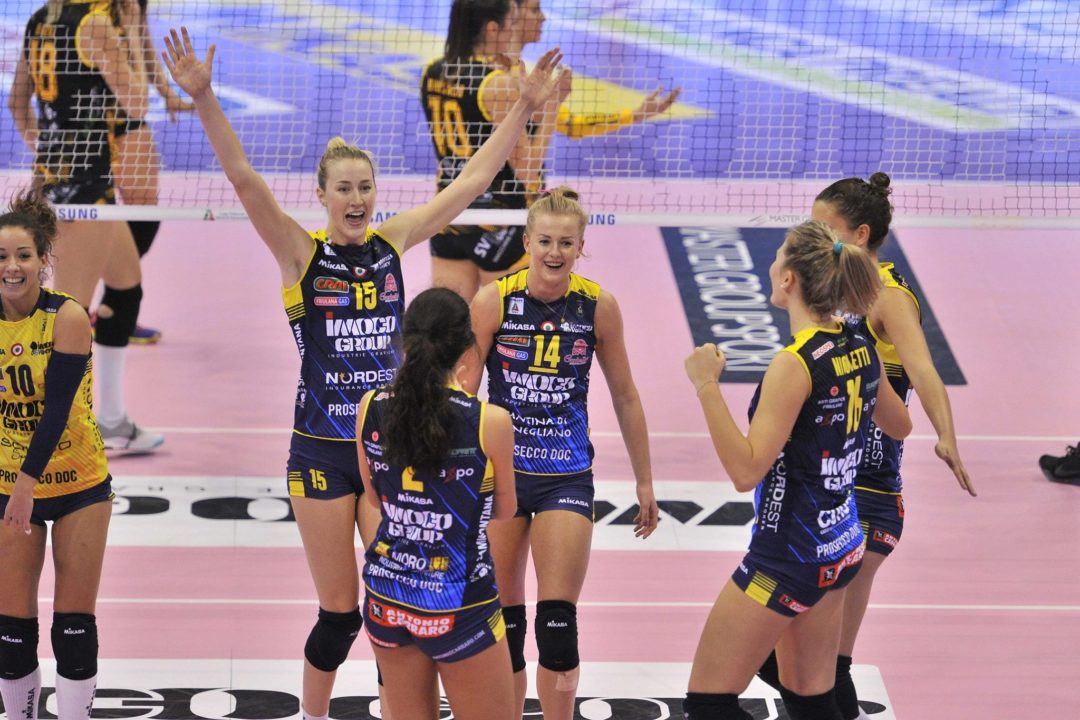 Who can stop Italy's dominance in European volleyball? Current Photo via Courtesy of Imoco Volley Conegliano

Lately, it has been very easy to be an Italian volleyball fan. Its national team won the 2017 FIVB Girls’ U18 World Championship, it’s Boys’ U18 team just qualified for CEV’s U18 European Championship Final 4 a round in advance, Bunge Ravenna won the 2018 Challenge Cup, Perugia and Civitanova clinched Men’s Champions League Final 4 berths, and so did Conegliano in the women’s tournament.

All these performances drew high praise from the Italian Volleyball Federation, as its President, Bruno Cattaneo, took to the media to draw high praises for his volleyballers (Gazzetta.it):

“As the president of the volleyball federation, I can only be extremely satisfied with the state of health of our volleyball. Yesterday’s evening was magical for Ravenna that was able to impose itself in the Challenge Cup. I want to address my most sincere congratulations to the boys of President Casadio who have brought back to Europe a European trophy after a good 26 years. I believe that these victories are the best support for the development of volleyball in our country. The performances demonstrated in these last two days has pleasantly impressed me and I believe that it honors our country and its credibility, not only in sports, but as a society in the Old Continent.”

Regardless of what some other volleyball federation presidents have to say, there is no doubt that both Italian leagues are the best volleyball leagues in the world. And it will only get better.

@sirsafetyperugia qualify to the Champions League Final Four in Kazan! Congratulations! Perugia will play @volleyzenit on May 12th in the semi-finals of #CLF4Kazan. @lokovolley.ru