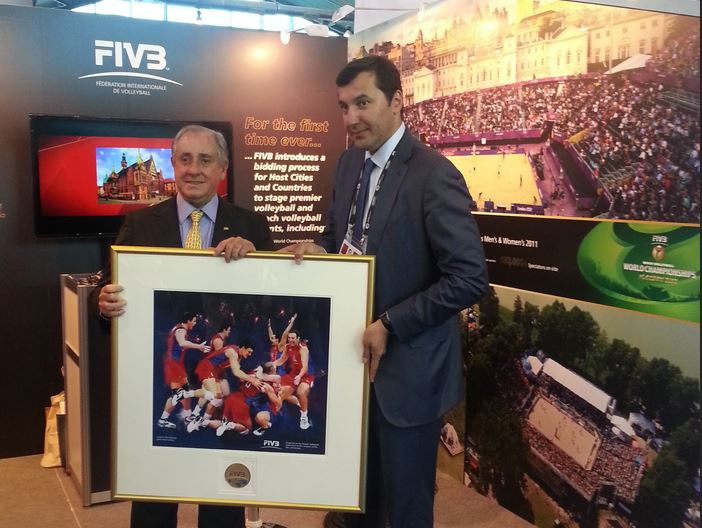 Russian Volleyball Federation President Stanislav Shevchenko used Zenit Kazan’s recent title at the FIVB Club WCH, and other Russian clubs’ titles, as examples to strengthen his opinion on why the Russian Superleague is the strongest domestic competition in the world, on an interview given to Championat.com:

The fact that Zenit did not give up a single set to such strong rivals speaks volumes about the high level of our domestic league. You could have seen on the players’ and coaching staff’s faces that it was clear that it would be very difficult for someone to beat Zenit. Also, Lokomotiv, Belogorye, and Zenith have won the last six CEV Champions League tournaments, and Torch the last CEV European Cup, clearly showing the level of our playing field.

Shevchenko also noted how the Russian League’s limit on foreign players, with only 2 players permitted to be signed to each team at any time, is something that he doesn’t plan on changing any time soon, as it is one of the reasons why the league is so strong:

Our league is very prestigious to foreigners. Pay attention to this: in our teams, we only have space for top foreign players, people who are leaders of their national teams and winners at every level. The limit rule fosters this, as with only 2 players available per team, it goes that each squad wants to sign the best available player. This limit won’t change. Six or seven years ago, clubs openly expressed their discontent about it, saying that without foreign players, it would be very hard to win continental championships. But time has shown that international success does not rest only on the number of foreigners in your team. If the league is well organized and the youth clubs developed, every club can receive players from their farm systems. Our youth national teams are very competent, and ready to feed the senior clubs. With this, the need of foreign players all but disappears.

Shevchenko shares the same opinion as the Italian Volleyball Federation President Bruno Cattaneo, who recently stated that he wants to restrict even further the number of foreigners in the Women’s Serie A1 and A2 in order to strengthen these tournaments.

Although these strategies are seeming to work as of right now in Russia, it could backfire if the NVA pans out in the US, as the league has already said it wouldn’t limit foreign players’ participation, paving the way for the possibility of super teams that could clash with Russian squads in the future. Also, it can be argued that Italy’s A1 Men’s league is just as strong, or even better than Russia’s Superleague, and it has lax regulations on the number of foreign players that can be signed to clubs. It is currently home to 74 national teamers from countries all over the world.