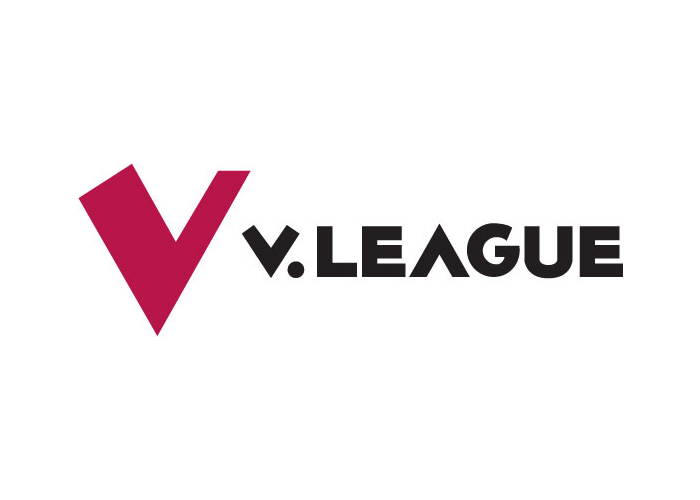 In the final season before the Japanese “Super League” begins, the 8 teams that make up the V.League Premier League... Current Photo via V.League 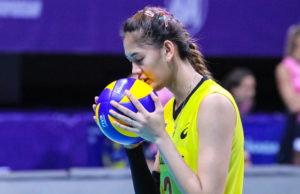 Santiago will play her first professional season outside of the Philippines next year when she joins the Ageo Medics in Japan’s V-League. 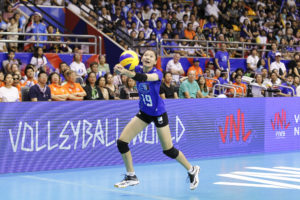 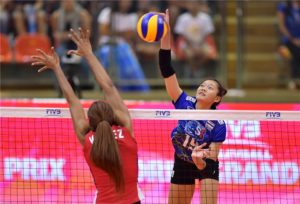 On Friday, the PFU BlueCats announced that they had signed Thai women’s national team player Chatchu-On Moksri to a contract… 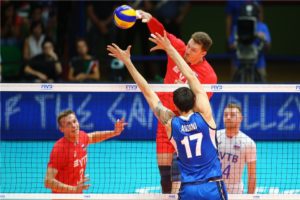 Dmitry Muserskiy, one of the most physically commanding players in volleyball, has left Belogorie Belgorod after a decade. He will be playing for Osaka in the Japanese V-League. 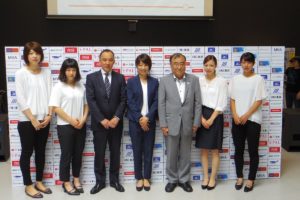 In a stunning announcement over the weekend, Arisa Sato joined a new club in Sendai, Japan called Ligare Sendai. Sato…

In the final season before the Japanese “Super League” begins, the 8 teams that make up the V.League Premier League will begin their season on Saturday at the Zebio Arena in Sendai with two matches and then two more on Sunday. In this article we’ll go thru the teams and their chances for the Final 6 playoffs.

The Premier League plays 21 regular season matches and the top 6 teams make the playoffs called the Final 6. In the Final 6, the top finishing team is given 5 points to start the Final 6. 2nd place gets 4 points, 3rd place gets 3 points, 4th place gets 2 points, 5th place gets 1 point and 6th place gets none. The Final 6 round is a round robin between the five teams and the top placed team after 5 matches advances directly to the Final. The 2nd and 3rd place teams play in the Final 3 (semifinal), a two-match series, where only wins count. If the match is tied at 1 win each, then a 25-point “Golden Set” would be played to determine the winner. The Final is also similar to the Final 3 in that it is a two-match series. The Final will be played on March 10th and 17th.

Teams are listed in their position from last season

The NEC Red Rockets are the defending champions and they are looking to repeat as champions. NEC is led by Japanese national team players Haruyo Shimamura (MB), Sarina Koga (OS) and Kana Ohno (MB). NEC did lose their foreigner Emiliya Nikolova to Bursa BBSK in Turkey and are actually going without a foreigner this year. Each team only gets one foreigner per team, so NEC could be at a disadvantage. Still the majority of their team is the same and I expect NEC to make the Final 6.

Hisamitsu had a rough finish to the season with the injury to Miyu Nagaoka, keeping her from playing in the Final and then with the national team this past summer. Nagaoka according to Sankei Sports will be back at the end of December or early January. Even with Nagaoka out, the team is lead by national team players Risa Shinnabe (OS), Yuki Ishii (OS), Rika Nomoto (OS) and Nana Iwasaka (MB). Hisamitsu did lose Maja Tokarska (MB) as their foreigner, but they got a major upgrade with Foluke Akinradewo (MB) joining the team. Akinradewo played in Japan previously during the 2010-2011 season with Toyota Auto Body Queenseis. Hisamitsu in my mind are the favorites to win the championship, when Nagaoka comes back. Even without her, Hisamitsu is still my favorite to win.

Hitachi lost in the Final 3 to Hisamitsu last year to finish third. Mami Uchiseto (OS) has left the team to play in Italy’s A2 division with Golem Olbia. Her departure is addition to Nanami Inoue (MB) may not keep Hitachi in third spot. Japanese national team players Miya Satoh (S) and Arisa Satoh (L) will play hard for Hitachi, as will their foreigner Cursty Jackson (OS). Still I feel that this team will make the Final 6.

After being promoted to the Premier League last year, JT Marvelous finished in 4th, which was a bit of surprise. JT is lead by Misaki Tanaka (S), Mizuki Tanaka (OS), Mai Okumura (MB), Kotoe Inoue (L) and Mako Kobata (L), all of whom were on the Japanese national team this summer. As for JT’s foreigner, Thai national team player Onuma Sittirak (OS) has returned to Thailand, but they have brought in Serbian Brankica Mihajlovic (OS). This is a big upgrade to the team and they are looking to win the championship. I feel that they are still behind Hisamitsu and NEC, but will make the Final 6.

Toyota had a big loss at the end of the season when Polina Rahimova announced she was leaving for Fenerbahce in Turkey. Rahimova was essentially the offense for the Queenseis in the last two seasons. Neriman Ozsoy of Turkey was signed as Toyota’s foreigner as Rahimova’s replacement. Whether Ozsoy is up to Rahimova’s level is a question to be answered. Erika Araki (MB) is really the only other star on the team and is back to her old self as a blocking force, leading the league last season and making the Best 6 team. Saori Takahashi (OS) is also on the national team with Araki. Toyota has been about the same level the last two seasons and I think that they’ll just miss the playoffs.

The women’s Arrows had two significant retirements at the end of last season. The Saoris, Kimura and Sakoda both retired at the end of the season. With their retirements, Toray is really going young. High school star Ai Kurogo (also named to the national team this summer) will play this season with the Arrows and many expect her to be the next Saori Kimura. She did play at Saori’s high school Shimo-Kitazawa Seitoku, which has many national team players. Nanami Inoue (MB) joins Toray from Hitachi. Carly Wopat (MB) was Toray’s foreigner last year, but she has left for China and will be replaced by Kadie Rolfzen. Mari Horikawa (OS) will basically be carrying the team with Rolfzen and I think that will be too much of a burden. Toray will not make the playoffs.

The Airybees were relegated at the end of the 2015-2016 season after losing to the PFU Blue Cats in the Challenge Match series. Denso won the V.League Challenge League (2nd Division) and then faced PFU in the 2017 Challenge Match series and defeated them to win promotion back to the Premier League. Risa Ishii (OS) and Yurie Nabeya (OS) are national team players who lead the team. Riho Ohtake (MB) was on the national team in the past and is recovering from a knee injury. German Christian Furst (MB) is in her second season with Denso. Denso only lost two match last year. I think that with Toyota and Toray being weaker, Denso will finish in the Final 6.

Ageo went through the same route as Denso did. Relegated after losing their Challenge Match series to JT Marvelous at the end of the 2015-2016 season and then coming from behind to defeat Okayama Seagulls in their 2017 Challenge Match series to be promoted. Ageo has national team players Koyomi Tominaga (S) and Ayaka Matsumoto (MB) as leaders of the team. Kenia Carcaces is in her second season as Ageo’s foreigner. Their offense will run through Carcaces. Ageo only lost one match last season with essentially the same team. With Toray and Toyota appearing to be a bit weaker, I think that Ageo will make the Final 6.