Jordan Thompson Repeats as AVCA Player of the Week 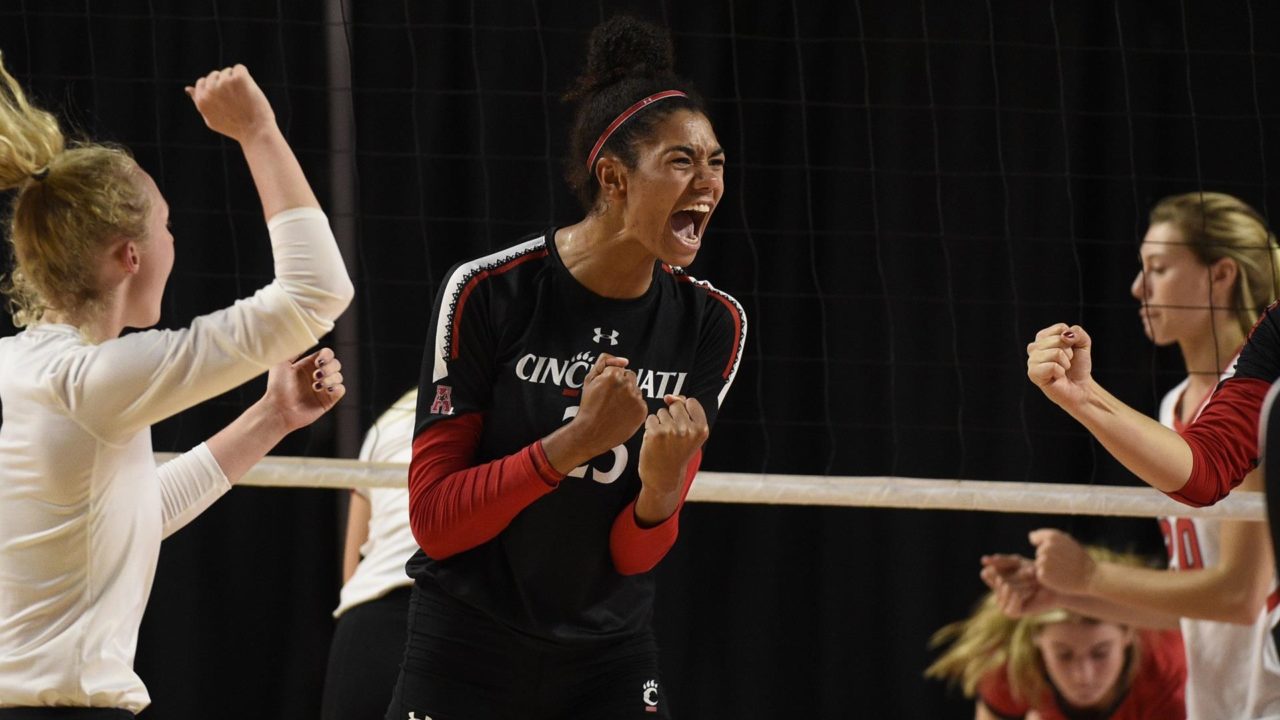 The VolleyMob Player of the Week award also went to Thompson. It is her first national honor from the site.

The 6-4 outside/right side hitter led Cincinnati to 2 American Athletic Conference victories in as many days, downing Tulsa 3-1 on Oct. 14 and outlasting Wichita State 3-2 on Oct. 15. In 9 sets played, Thompson registered a .400 attack percentage and averaged 7.89 kills, 3.00 digs and 0.56 blocks per set.

Against the Hurricane, Thompson tallied 27 kills, 18 digs and 3 blocks, while hitting .392 in the 4-set match. She closed the weekend with an AAC record 44-kill performance and .404 attack percentage in Cincinnati’s 5-set victory over the Shockers.

After averaging an astounding 7.89 kills per set in two big road matches, it's no surprise that Jordan Thompson claimed her fifth @American_VBall Offensive Player of the Week honor this season!#Bearcats | #momentum pic.twitter.com/C1iwjAPwRQ

Cincinnati is riding a 7-match win streak since beginning AAC action. The Bearcats, who were selected to finish runner-up in the conference this season, stand at 16-4 overall and 7-0 in league play. Thompson was selected Preseason AAC Player of the Year for the 3rd-straight season and to the Preseason AAC First Team.

Second @SportsImportsVB / @AVCAVolleyball Player of the Week honor this season!