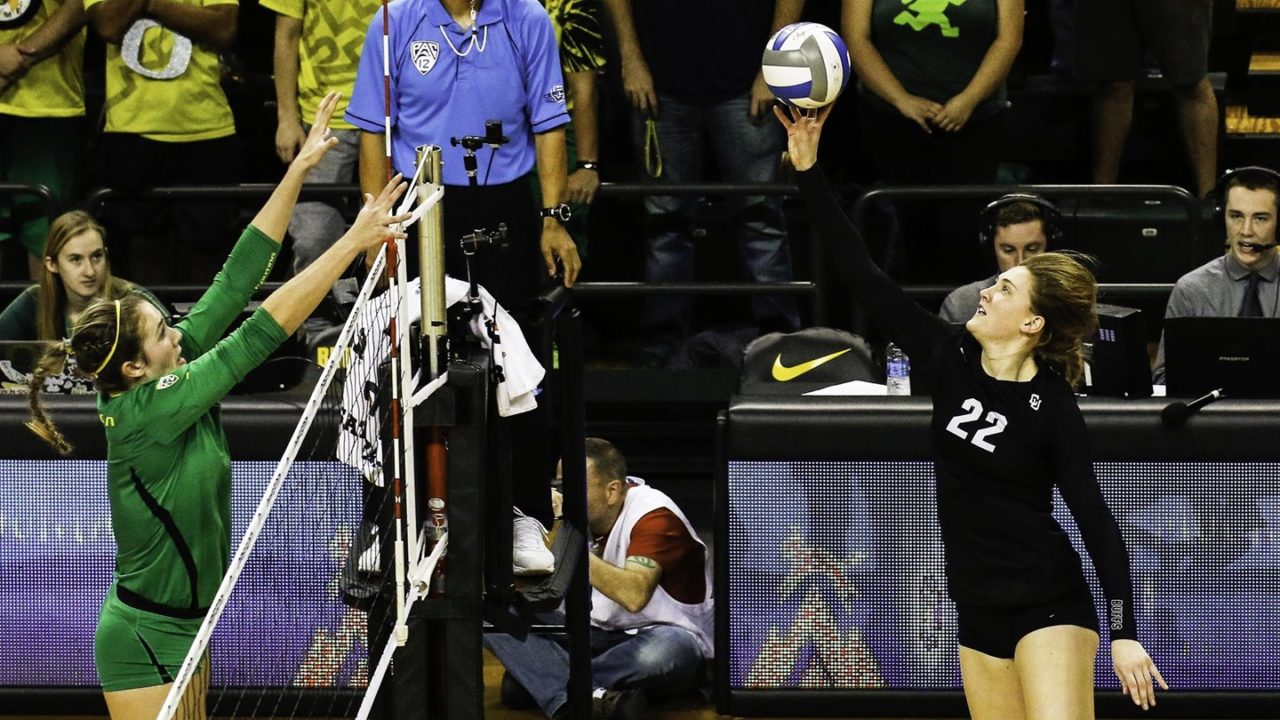 Joslyn Hayes attacks a ball against the University of Oregon.  Current Photo via Colorado Athletics

Joslyn Hayes has signed her first professional contract in Sao Paulo, Brazil for the upcoming season according to a post from the Colorado Athletics Department. At Colorado, Hayes was a two time team captain and helped lead Colorado to the Sweet 16 in the 2017 NCAA Tournament. In her senior season, she was also named All-Pac-12 Honorable Mention. Hayes ended her collegiate career with 692 total kills, averaging 1.74 per game, 165 total digs, and 237 total blocks.

Guess who’s back back back! Thought I was done with VB, but not so fast kids! Headed to São Paulo, Brazil in T-18 days to to pursue the pro life. Thankful for everyone who’s been apart of my journey! oh and sko always 👊🏻👊🏻

Hayes commented on her new professional contract saying, “I am excited about being uncomfortable again,” she said. “I have been home and have been in a very comfortable situation and I am excited to step out of that and hopefully grow as a human being.” Jesse Mahoney, the head coach of Colorado, talked glowingly about Hayes stating, “I know she is going to represent herself and the University of Colorado very well. It’s exciting to have another player continue their career into the professional arena after finishing up at CU. She is going to do a fantastic job.”