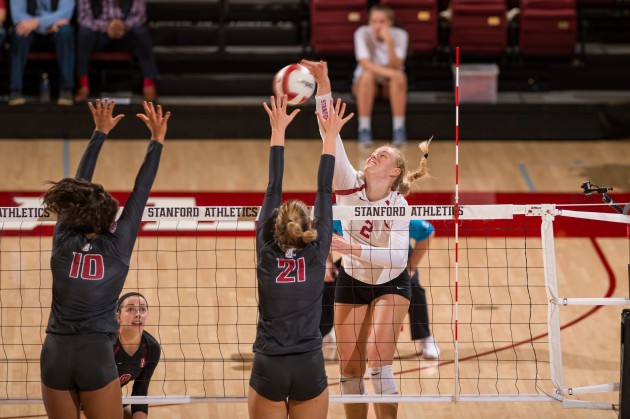 The NCAA Tournament is finished with Stanford on top over Texas, two teams that not many predicted to be in... Current Photo via Karen Ambrose Hickey/Stanford Athletics

The NCAA Tournament is finished with Stanford on top over Texas, two teams that not many predicted to be in the finals.

Our bracket winner this year, JSP-ATL, correctly selected Stanford to take home the 2016 National Championship. They did select the correct final four, but did not foresee Nebraska being swept by Texas.

The second place winner JJMRK had Minnesota taking the title, but were defeated by Stanford just a round sooner. They did correctly select Texas over Nebraska to head into the finals.

Earning that coveted third place slot and the final winner of the brand new VolleyMob t-shirt is J-Roc. J-Roc correctly selected three of the four final teams, but fell short of selecting the final matchup. Their semifinal selections are what lifted them into third.

JSP-ATL, JJMRK and J-Roc be looking out for a message from VolleyMob, so we can send you your prize. Congratulations!