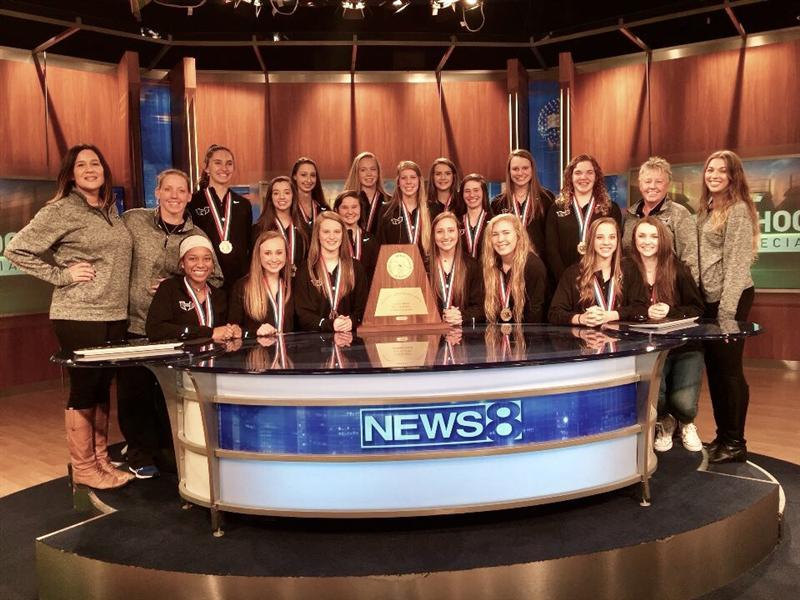 The championships were held in Garland, TX at the Curtis Culwell Center.

Leading Lewisville was Adanna Rollins, who put down 16 kills on a .400 hitting percentage. Following Rollins was Emma Clothier who added 13 kills and a match high .765 hitting percentage. Setter Kylee McLaughlin dished out 43 assists, while Annie Bennow picked up 13 digs in the back row.

For LC Clear Creek, Caitlyn Burroway put down 11 kills, hitting for .409, while Maddie Flora picked up 10 digs in the back court.

Two players for Amarillo posted double-doubles, Emerson Solano with 14 kills and 11 digs, while Kamryn Leigh added 11 kills and 12 digs. Leading the offense was Chloe Robinson with 15 kills on a .444 hitting percentage. Picking up a match-best in digs was Ciana Sorrels with 16.

Leading the offense for Bushland was Jayla Norman with 18 kills and five blocks. Setter Jalee Sims recorded a double-double with 33 assists and 12 digs. Three other players picked up double-digit digs – Savannah Sullain with 20, Allie Gandy with 22 and Ariel Marquez added 12.

For Argyle, Halee Van Poppel’s remarkable double-double was not enough to led the team to victory. Van Poppel put down 26 kills and picked up 27 digs in the match. Both setters picked up double-doubles – Kassidy Reeves with 21 assists and 14 digs, while Brittany Hamilton recorded 27 assists and 11 digs. Allison White added another 15 kills, while Maddie DeGuire picked up 20 digs and Alyssa Wallace added 17.

For Bronte, Karen Davis put down 14 kills and 23 digs for a double-double. Also recording double-doubles were the teams two setters. Cassidy McWright with 19 kills and 20 digs, while Brittany Bedford handed out 25 assists and 14 digs. Also picking up double-digit digs were Kacelyn Follis with 18, Berkley Pearcy with 15 and Bryton Pearcy added 11.