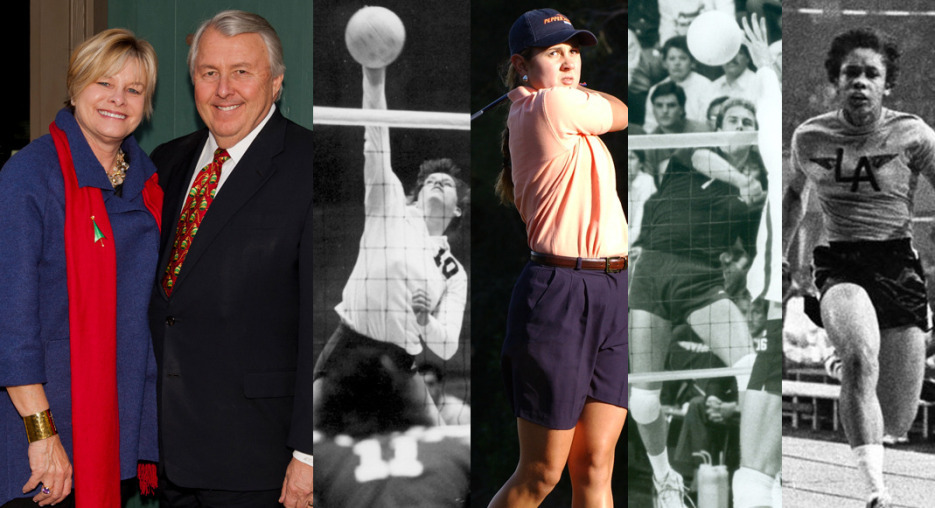 MALIBU, Calif. – Olympians, All-Americans and the “First Family” of Pepperdine will be inducted into the Pepperdine Athletics Hall of Fame this fall, as the department announced the honorees that will make up the class of 2018 today.

Additionally, women’s basketball alum Miranda Ayim was voted into the Hall of Fame, but because of professional commitments, her induction will take place in a future year.

The ceremony will be held on Sunday, October 14, in Firestone Fieldhouse. Check-in and a reception will begin at 5:15 p.m., with dinner and the awards presentation at 6 p.m. Tickets are $60 per plate and can be purchased online.

“The Hall of Fame ceremony is one of the events we look forward to most every year,” said Pepperdine Director of Athletics Dr. Steve Potts. “These impressive individuals who competed for Pepperdine contributed so much to our department and their teams’ legacies. We also have the opportunity to thank Andy and Debby Benton for their leadership and support of the department over many decades.”

The Pepperdine Athletics Hall of Fame was established in 1980. This year’s group will join 125 individuals, 14 teams and eight special achievement recipients that have already been enshrined.

To be eligible for induction, nominees must have competed, coached for or rendered an extraordinary service to Pepperdine University Athletics. After a list of nominations was gathered, Pepperdine’s Hall of Fame Committee made the decision on this year’s inductees.

Here is more information on the newest Pepperdine Hall of Famers:

Andrew and Debby Benton, Special Achievement
Andrew Benton has been the President of Pepperdine University since 2000 … He has made the decision to step down in July of 2019 after 19 years of service as president … He has been involved in administration at Pepperdine since he and Debby arrived on campus in 1984, serving in various roles including Vice President for University Affairs and, later, Executive Vice President … He spent years on the legal and regulatory front lines of the development of this campus … He and his wife, Debby, love Wave athletics and host numerous events in their home each year … Debby is a long-time member of the Athletics Board and they, together, enjoy supporting our teams in various venues … Their closets are literally filled with orange and blue clothing … President Benton served as Pepperdine’s institutional representative to the NCAA and the West Coast Conference from 1992 – 2000 … He was president of the West Coast Conference Presidents’ Council for three consecutive years.

Marilyn White, Women’s Track
Graduated in 1967 … Attended Pepperdine prior to women’s intercollegiate sports officially being added … First attended UCLA, then transferred to Pepperdine in 1965 after receiving a track scholarship … Competed in an unofficial capacity for the school … Won a silver medal in the 4×100 relay at the 1964 Olympics … Held the American record in the 220 … Placed third in the 100 meters at the 1963 Pan American Games and won a gold medal in the 4×100 relay … Taught in the Los Angeles Unified School District for 39 years.