Just How Good Was Julien Lyneel in Tuesday’s TieBreak With the U.S.? 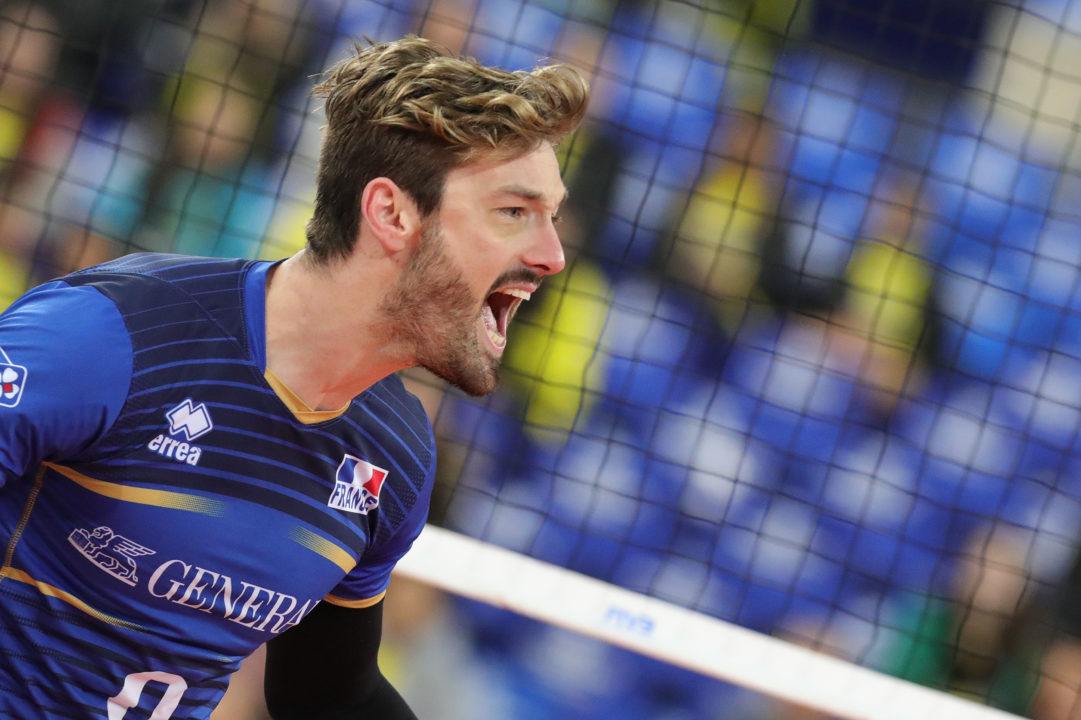 Carly Demarque reviewed the entire final set to tally up the stats for just that frame. Current Photo via FIVB

It was a Yeoman’s effort for Frenchman Julien Lyneel in the final set of France’s 3-2 victory over the United States on Wednesday. While he gave away one of the two aces for the United States on the set when he couldn’t resist contact to a ball that was well out of bounds, he also scored every key point for the French on the day.

In that 5th-and-final set, Lyneel had 6 kills and 2 blocks for 8 total points. That 8 points is over half of the 15 it took to win the tiebreaker, and over 72% of the team’s ‘earned’ points in the set – 11 were earned by Italy, with 4 given to them by American errors.

Lyneel only had 12, or 13, points in the rest of the match (FIVB’s official tally is 12, though France’s scorekeeper had him at 13), but was constantly in the middle of the action. With all of the talk about the team’s prodigious outside hitters Stephen Boyer, the scoring leader through pool play, and Earvin Ngapeth, one of the most exciting players in the world, it was Lyneel who stole the show at the end.

At only 6’4″ tall (196cm), he’s undersized for international volleyball – but so is the rest of France’s roster. The young upstart Boyer is the same height, and Ngapeth is an inch shorter at 6’3″ (194cm). Even their setter and captain, Benjamin Toniutti, is diminuitive in stature at just 6’0 tall. What they lack in size and raw hitting power, though, they make up for in creativity and quickness that turn scramble plays into points at a rate higher than most of the world.

Thanks to Carly Demarque for rewatching the 5th set to tally the stats.