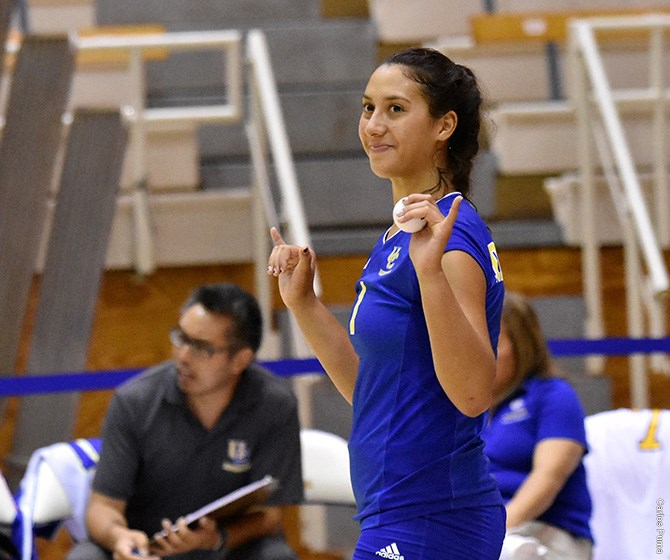 UC Riverside outside hitter Kaiulani Ahuna had a history-making weekend at the Fullerton-UC Riverside Classic. The senior from Hilo, Hawaii first... Current

UC Riverside outside hitter Kaiulani Ahuna had a history-making weekend at the Fullerton-UC Riverside Classic. The senior from Hilo, Hawaii first broke the school record (25-point era) with 30 kills against Montana on Friday, while hitting .452 and digging 14 balls; and then came back a day later with 33 kills against Eastern Washington, which is the most a player has ever scored for the program in a Division I match. The team was a Division II powerhouse until transitioning to D1 in 1998.

Ahuna’s offensive output made her the only Highlander ever to post 30+ kills on back-to-back days, separated by ‘only’ 17 kills in a win over UMASS Lowell.

Ahuna’s 33-point output came against the team with whom she started her collegiate career – Eastern Washington – and played in the 2015 and 2016 seasons.

Her 6.67 kills/set through the first weekend of play, if sustained for the entire season, would be an NCAA (25-point era) record, though there’s a long way to go before we can declare her on that trail. Only 3 matches in, her kills total this season is already 35% of the way to her kills total for all of 2017.