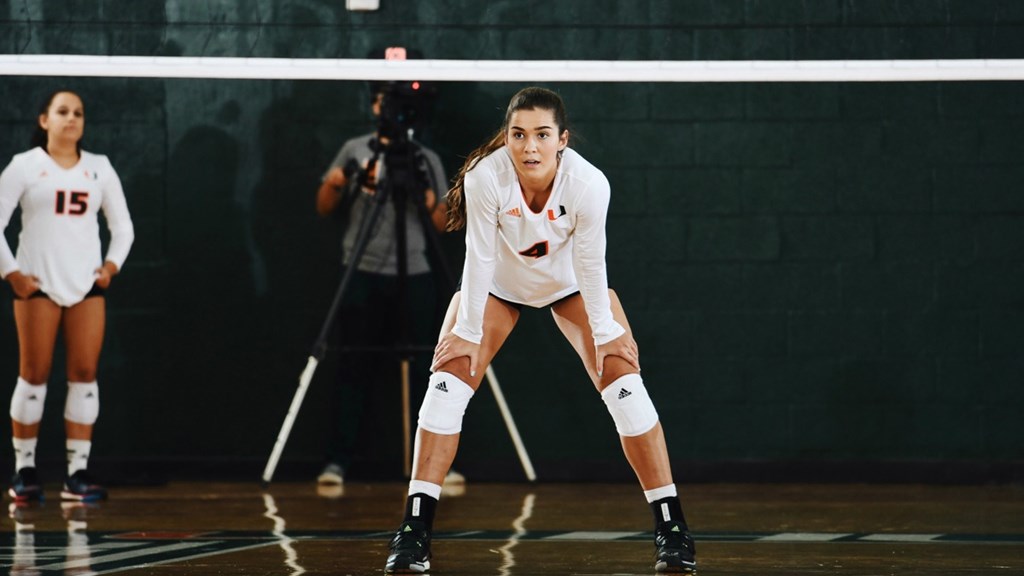 Former Miami (FL) outside hitter Brooke McDermott is continuing her volleyball career by heading to the sand at FIU Beach. Archive Photo via Miami (FL) Athletics/Volleyball

After exhausting her eligibility indoors with Miami (FL), Brooke McDermott will be continuing her collegiate volleyball career in the sand as she is headed to Florida International to play beach volleyball.

A 6’1″ outside hitter indoors, McDermott’s lone season with the Panthers will come in the spring of 2019.

In total for her four years in Coral Gables, she recorded 107 kills, 104 digs, 40 blocks and 24 aces in 147 sets of play. The team’s record during her stint was 80-42 with three NCAA Tournament appearances – including two tournament wins.

A native of Miami, Florida, McDermott was the Class 8A-6A Player of the Year for girls’ volleyball at TERRA Environmental Research Institute.

It’s the second transfer added this offseason by FIU Beach as well. McDermott now comes in along with Ali Denney, a junior transfer from South Carolina’s Beach program.

Florida International collected a 23-12 finish to the 2018 season, including a 7-3 mark as a member of the Coastal Collegiate Sports Association (CCSA). FIU also appeared in the NCAA Tournament and ended the season ranked ninth in the AVCA Coaches Poll.