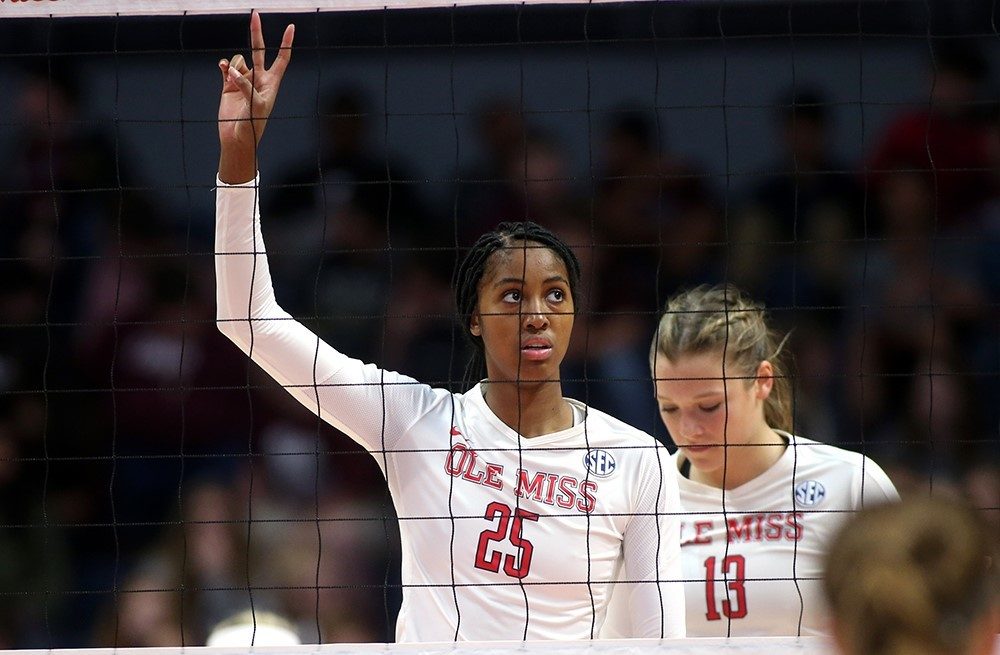 The University of Kansas has added Taylor Alexander to their 2017 roster, with 1 season of eligibility remaining. Alexander, who played... Archive Photo via Kansas Athletics

The University of Kansas has added Taylor Alexander to their 2017 roster, with 1 season of eligibility remaining. Alexander, who played the last 3 seasons at Ole Miss, will graduate early next month with a degree in criminal justice, and therefore can transfer immediately without release or penalty.

Her addition will be a significant boost for Kansas after winning their first-ever Big 12 title last year. Alexander led Ole Miss last year with .92 blocks/set while starting all 31 matches.

“We are excited to add Taylor to our roster – she will make us better,” Kansas head coach Ray Bechard said. “When she reached out to us and we did our research, we found a young lady who is excited about competing at a high level and is a great teammate. She has an opportunity to build on a solid career she has already established at Ole Miss and end it with competing at a high level.”

Bechard is a 6’4″ middle blocker, originally from Breaux Bridge, Louisiana. She will be one of 7 seniors on a veteran Kansas roster next season that could make a deep run into the NCAA tournament as a follow to their 27-3 season last year. The middle blocking corps includes Kayla Cheadle, Zoe Hill, and incoming Arizona State transfer Mmachi Nwoke.

Cheadle averaged 1.12 blocks and .80 kills/set last season. While Kansas graduated their top middle blocker, Taylor Soucie, from last year, they will now have a very deep group in the middle. That’s in addition to outside Kelsie Payne, one of the best players in the nation who besides 3.98 kills/set last year also averaged .98 blocks/set over the 2016 season.

Kansas’ biggest challenge next season will be finding offense out of the middle to keep the pressure off All-American outside hitters Payne and Madison Rigdon. Hill is the only returning middle who averaged over 1 kill/set last year.