Why Kansas Can Win the National Title in 2017 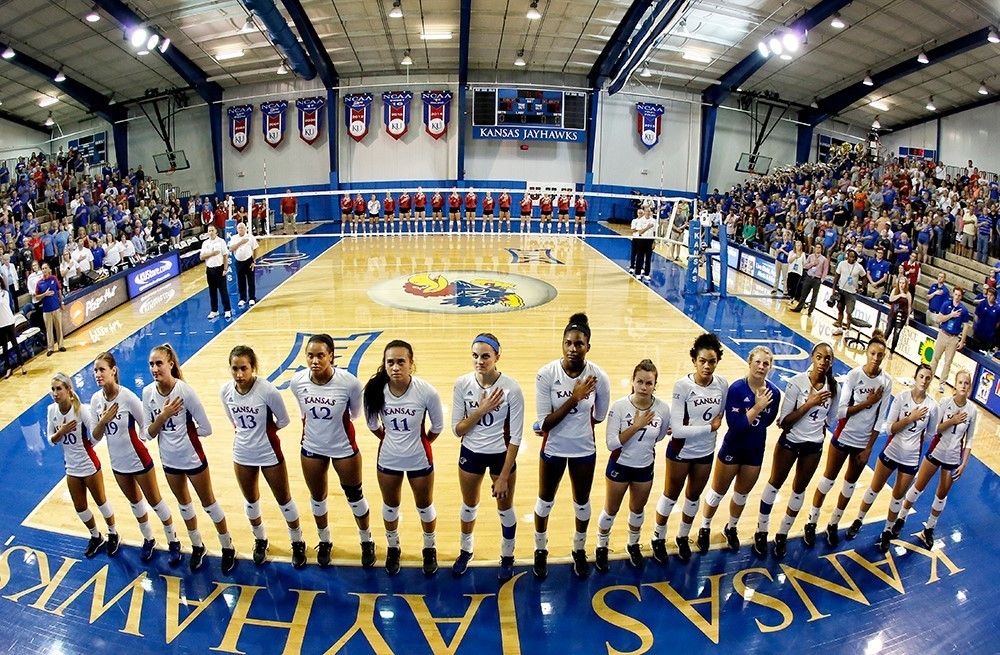 The reigning Big 12 champions return plenty of seniors as they look to make a run to a National Championship in 2017. Archive Photo via KU Athletics

Including today, there are five Mondays left before the start of the NCAA Women’s Division I Volleyball season. To countdown the season, VolleyMob has begun a new series as we inch closer to late August. Each of the final eight weeks, we countdown the top eight teams in our latest preseason top 25 poll and explain why their fans should have high hopes for their national title chances. So, with five weeks left we look to the team ranked fifth in our poll: the Kansas Jayhawks

Following two years that have included a final four berth, a Big 12 championship and countless wins, the Kansas Jayhawks look to have another run in them in 2017. They wield a gargantuan senior class that features both quality and quantity, and will look to ride it – along with some younger faces – to another long season and potential National Championship bid.

Beyond the dynamic duo of Payne and Havili, the Jayhawks return a deep senior class – even adding a few new names to the fold. Outside hitter Madison Rigdon is fresh off her 2016 All-Big 12 First-Team selection when she provided strong offense, defense and owned one of the largest ace totals in the country (seventh at 54). Middle blocker Kayla Cheadle is also back for one last go-around, as are Addison Barry and Tori Miller – a pair of defensive specialists. The two new names are Taylor Alexander and Gabby Simpson. Alexander is a middle blocker from Ole Miss that gives the team size (6’4″), while Simpson provides versatility as a right side/setter from Colorado where she was twice All-Pac-12 Honorable Mention. In total, Kansas has a whopping eight seniors on its 2017 roster. Experience and experienced talent should be no question.

In 2015, Kansas had one of the most elite offenses in the country. They were strong in 2016, but it wasn’t quite the same. They should look more like the 2015 version in 2017, as beyond the wealth of seniors on the team, Havili also can toss it to Jada Burse – an outside hitter back for her sophomore year after earning a spot on the All-Big 12 Freshman Team. Burse came on late in 2016, and if Kansas can consistently have her, Rigdon, Payne, Simpson and any other rotating contributors, the offense should be able to go toe-to-toe with any team in the country.

Statistically, the Jayhawks top quality last season was boasting one of the nation’s top defenses, led by Big 12 Libero of the Year Cassie Wait and three-time All-Big 12 middle blocker Tayler Soucie. The Jayhawks lose both however, and will need to find replacements. Miller and Barry will compete for the spot vacated by Wait, just as sophomore Allie Nelson and redshirt freshman Jacqui Mostrom will. Redshirt sophomore Patricia Montero could even factor into the competition, as the outside hitter played well last year in a defensive role. They’ll have plenty of options at middle blocker as well, with Cheadle and Zoe Hill returning, while also adding Alexander and Arizona State transfer Mmachi Nwoke. With the offensive firepower returning, if a few of those players can emerge and continue the team’s defensive success, they’ll have as good of a shot as any for a National Championship run.

With Anderson, Wait and Soucie gone, Kansas also needs to develop strong leadership. The good news for Kansas though is that they have those eight seniors, so senior-leadership shouldn’t be too hard to come by. Inky Ajanaku‘s leadership propelled Stanford to a National Championship last season and showed how important it truly is.

The 2017 schedule features some big-time opponents in the non-conference, leading up to Big 12 play. The conference should boast several NCAA Tournament teams, most notably Texas, who figures to create the marquee match-up with Kansas in the 2017 Big 12 season. With a more difficult pre-conference slate that features Kentucky, Purdue and Creighton in addition to an improving Big 12, Kansas could very easily have more losses heading into the tournament than last year, but could potentially boast a stronger team. And that stronger team will have its eyes set less than an hour down the road, as the final four is in Kansas City this year. They have the ability and the experience, if they can answer a few questions and push to the final four where they would have a home following, there’s no reason the Kansas Jayhawks can’t hoist the big trophy at the end of the season.