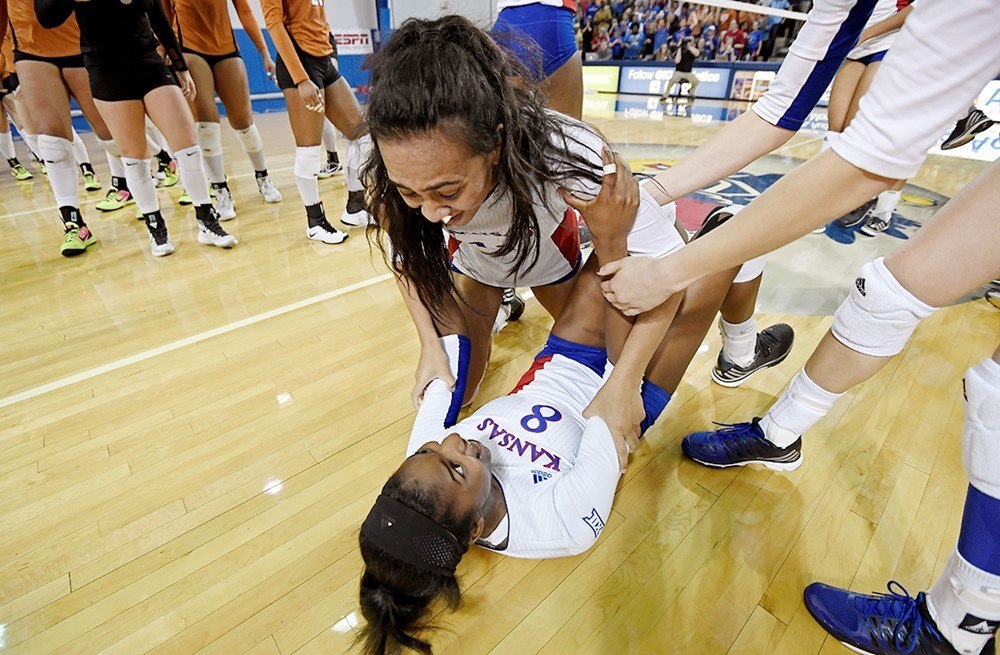 Just like they are in the latest AVCA polls, voted on by 64 real-life human coaches, the Nebraska women’s volleyball... Current

Just like they are in the latest AVCA polls, voted on by 64 real-life human coaches, the Nebraska women’s volleyball team also sits atop the October 31st RPI rankings – tabulated by real life computers.

Nebraska has just 1 loss on the season, and their schedule includes victories over the teams that sit 2nd (Wisconsin), 3rd (Texas), and 4th (Minnesota) in the latest RPI Rankings.

The top 5 remained unchanged even though #3 Texas and #5 San Diego both lost last week. The first drop of the latest rankings came from Michigan, who dropped from 6th to 11th after losing both matches on their Hoosier road trip to Purdue on Friday and Indiana on Saturday.

They flipped spots with BYU, who vaulted to 6th in the latest RPI Rankings (as compared to 14th as voted by the coaches) after being San Diego at home on Friday 3-0. The loss didn’t cause BYU to slip from their 5th position, however.

North Carolina also continued to fall – last week it was because of a week ACC Conference schedule; this week it was a loss to Pitt that sent them from 9th to 13th.

The Kansas women finally got the Longhorn off of their back by beating Texas after losing 25 straight, but the victory and a 20-2 record was only enough to lift them from 26th to 16th in the latest RPI rankings. The RPI doesn’t look favorably upon Kansas’ out-of-conference schedule and has penalized them for it all season. Their biggest games before Big 12 play were a 3-2 win against Creighton (who hasn’t been as good as anticipated) and a 3-1 loss against Purdue. Kansas State, who is 17-6, still is rated higher by the RPI’s formula. The two teams will show down in Manhattan on Wednesday to determine who holds supremacy in the Sunflower state.