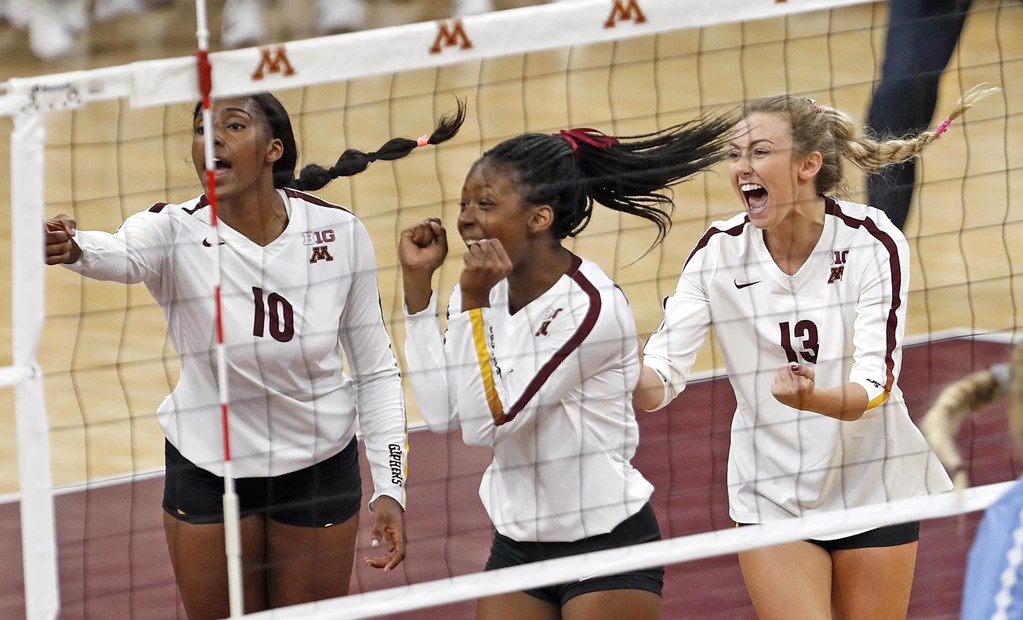 Strong offensive efforts lifted both Arkansas and No. 4 Minnesota to sweeps on Friday to open the Diet Coke Classic. The teams will face off in the tournament finale on Saturday night, the fourth contest of Day 2.  Current Photo via Minnesota Athletics

Strong offensive efforts lifted both Arkansas and No. 4 Minnesota to sweeps on Friday to open the Diet Coke Classic. The teams will face off in the tournament finale on Saturday night, the fourth contest of Day 2.

Stat Leaders: Hailey Dirrigl was the only player to reach double-digit kills in the match with 10 putaways to go with seven digs and an ace for Arkansas. Elizabeth Pamphile chipped in eight kills, while hitting .429 and adding two aces. Logan Brown and Kelly O’Brien turned in seven putdowns each. Brown hit at an errorless .467 clip (7-0-15). Maia Stripp put up a team-high three blocks.

It Was Over When: After the 25-6 shellacking in Set 2, Arkansas poured it on again in Set 3, starting off with a 18-8 run. The Razorbacks turned a two-point game at 8-6 into the 10-point lead with help from two kills each by Pamphile and Dirrigl and three Eagle errors. Georgia Southern managed to get within eight at 23-15 thanks to three Arkansas miscues and a trio of putaways. A service error put the Razorbacks at match point and a Rachel Rippee putaway two points later sealed the win.

It Was Over When: NDSU jumped ahead 8-3 in Set 3 with help from four Gopher miscues, and later boasted a 15-12 edge after three Mauch blocks. Minnesota scored nine of the next 10 points to put the match away. Minnesota turned it on from there, scoring five straight and eight of the next nine to go up 20-16. Two kills and a block by Samedy and three Bison errors highlighted the rally. North Dakota State was within two at 21-19, but the Gophers capped the match with a 4-0 run. A kill and a block by Pittman helped set up the final point, which came on a Rollins ace.