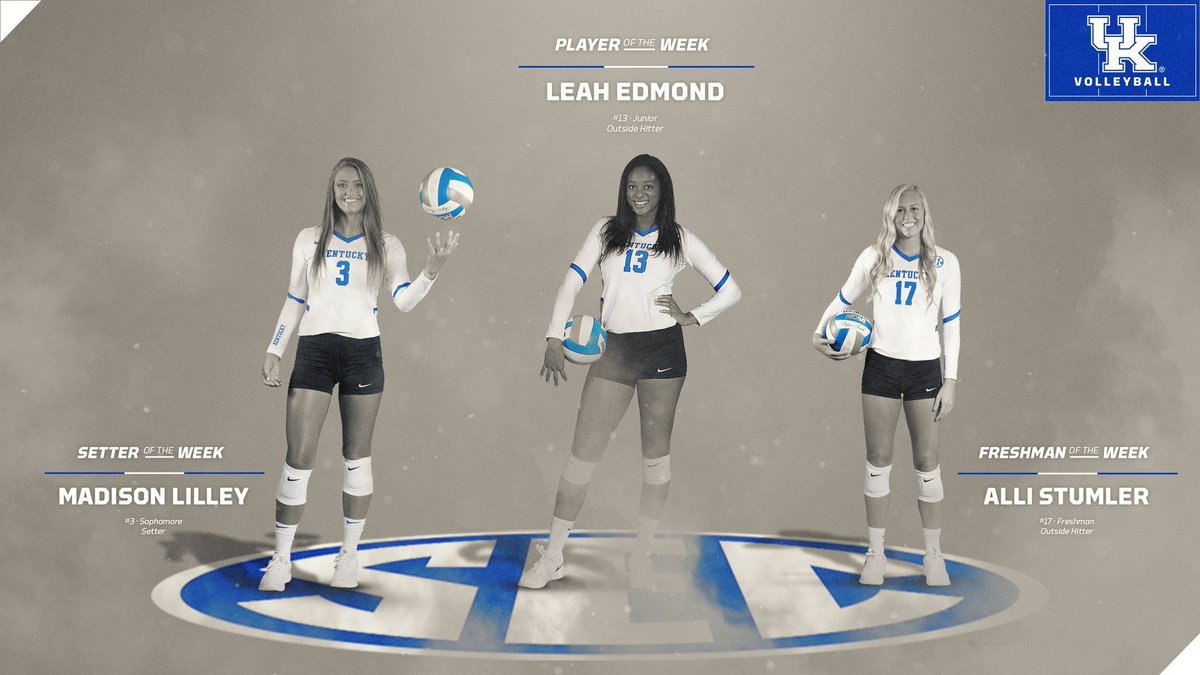 Kentucky’s Leah Edmond averaged 5.92 points and 5.67 kills per set and posted a .391 hitting percentage over two road wins for the Wildcats. With her third of 22 kills at No. 23 Missouri, she became UK’s all-time kills leader in the rally scoring era.

👌rd week in a row a Cat’s received @SEC Player of the Week and first this season where we’ve had 3️⃣ in the same week. https://t.co/uI9C7DF7t0 pic.twitter.com/2LlCTOjiNr

Florida’s Allie Gregory averaged 6.00 digs per set and recorded zero reception errors over two wins this past weekend for the Gators.

Congrats to Allie Gregory on being named SEC Defensive Player of the Week! https://t.co/QeL7qmwMoE#GoGators pic.twitter.com/Tj6aHSJsiS

Kentucky’s Madison Lilley averaged 13.17 assists per set and helped lead the Wildcats to a .425 hitting percentage on the weekend. She posted her ninth double-double of the season with 40 assists and 10 digs in the win at No. 23 Missouri.