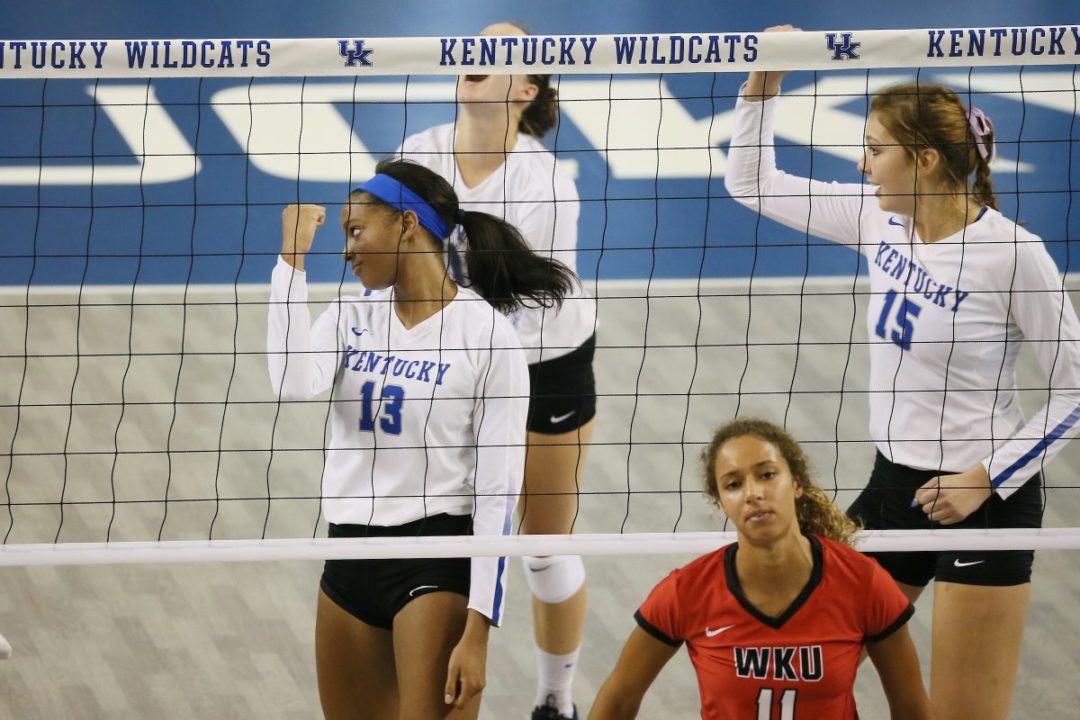 The match didn’t end as Kentucky fans may have hoped and junior outside hitter Leah Edmond would surely give back her 16 kill opening effort for a win. But, the Lexington, Kentucky, native will have to settle for joining the 1,000 kill club and regrouping with her team for a match against USC later in the day.

She tacked on 10 or more putaways 20 times in 2017, including 20 or more in 11 contests, tallying 539 total, ranking fourth on the school’s season records list.

Against Creighton, Edmond managed 16 kills, nine digs and five blocks, but hit just .140 in the match (with nine errors).

The Wildcats will take on host USC to wrap up Day 1 of the USC Trojan Invitational.

Kentucky went 29-4, won the SEC and advanced to the NCAA Elite Eight before falling to eventual national champion Nebraska. The Wildcats were picked by the league’s coaches to win the league title in 2018 despite  lost four members of their 2017 squad. Kentucky received eight of the 13 first place votes in the poll.