Knee Injury Will Keep Asian MVP Yuki Ishikawa Out of Japan Vs. Italy 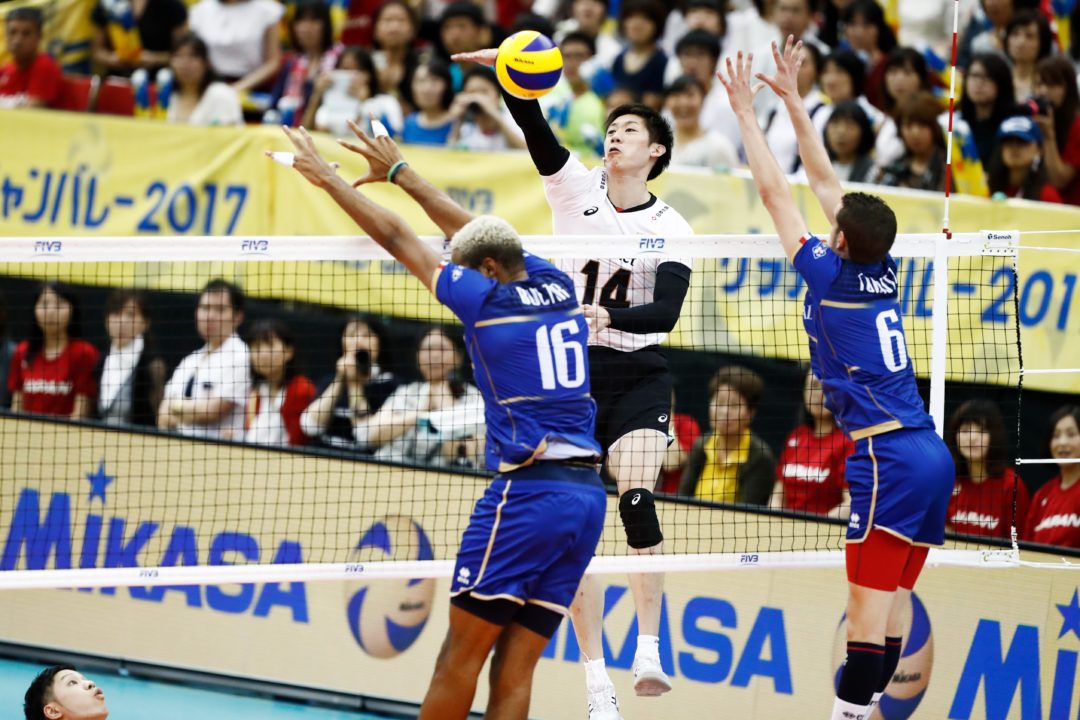 21-year old Japanese volleyball star Yuki Ishikawa will miss tonight’s game at the World Grand Champions Cup against Italy with pain in his right knee and lower back.

Day 3 of the tournament gets underway on Friday in Japan as the tournament shifts to the Osaka City Central Gymnasium. There, world-ranked #12 Japan will take on world ranked #4 Italy with a significant handicap.

He developed lower back pain in training on September 9th, and injured his right knee on Wednesday in a match against France.

“The doctor’s report has not been received, but we can’t take the risk,” said head coach Yuichi Nakagakiuchi.

Ishikawa has been on the Japanese National Team since 2014 and currently plays for Top Volley Latina in Italy. He was named the MVP and best outside hitter at the 2017 Asian Men’s Volleyball Championship in spite of being undersized at just 6’3″ tall (spikes 140″/350cm, blocks 130″/330cm).

Yoshida Yusuke is expected to take his spot in the starting lineup on Friday.

Japan is currently 0-2, having not won a single set in front of their home crowd, and are the only winless team in the tournament. Italy enters the match at 1-1 coming off a 3-2 win over the Olympic and World League Champions Brazil in Nagoya. Ishikawa led Japan in scoring in their opener with 9 points (6 kills, 1 block, 2 aces) and had 8 points in the loss to France.