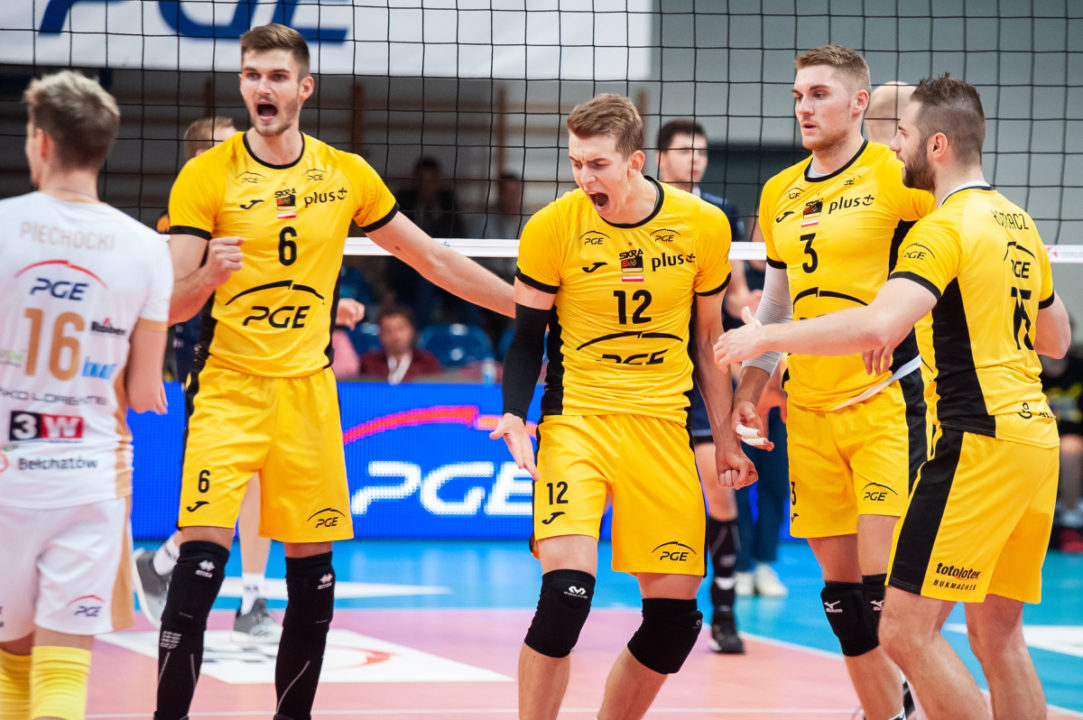 PGE Skra Bełchatów was looking to get into the win column ahead of the Polish Super Cup match next week. They were able to do so and earn all 3 points in their win against MKS Będzin. Milad Ebadipour set the pace for Skra with 19 points from the outside. The Iranian is making a name for himself in Poland with 15 kills, 2 blocks, and 2 service aces. Artur Szalpuk was right behind with 17 point on 12 kills, 3 blocks, and 2 aces from the service line.

Jakub Kochanowski contributed 16 points in the middle. He put away 11 kills, and defended with 2 blocks. Kochanowski also chipped in 3 aces from the service line. His counterpart, Karol Klos, chipped ripped off 4 aces of his own. Klos also scored from 3 kills and 3 service aces. Skra started with Renee Teppan at opposite. Though he had 2 kills and 4 erorrs after the 2nd set. Mariusz Wlazly came in to replace him and finished the match with 7 points on 7 kills.

MKS Będzin had a trio of players finish with 10 points. Artur Ratajczak scored 10 points from the middle on 6 kills, 2 blocks, and 2 aces. Lincoln Williams, opposite from Australia, scored 10 points all from kills. Bartlomiej Grzechnik, the other middle blocker, scored 10 points on 7 kills and 3 blocks. MKS Będzin was lead by American outside hitter, Jake Langlois and his 14 points. Langlois had 12 kills in the match and 2 blocks. He posted a .333 (50%) hitting percentage in the defeat.