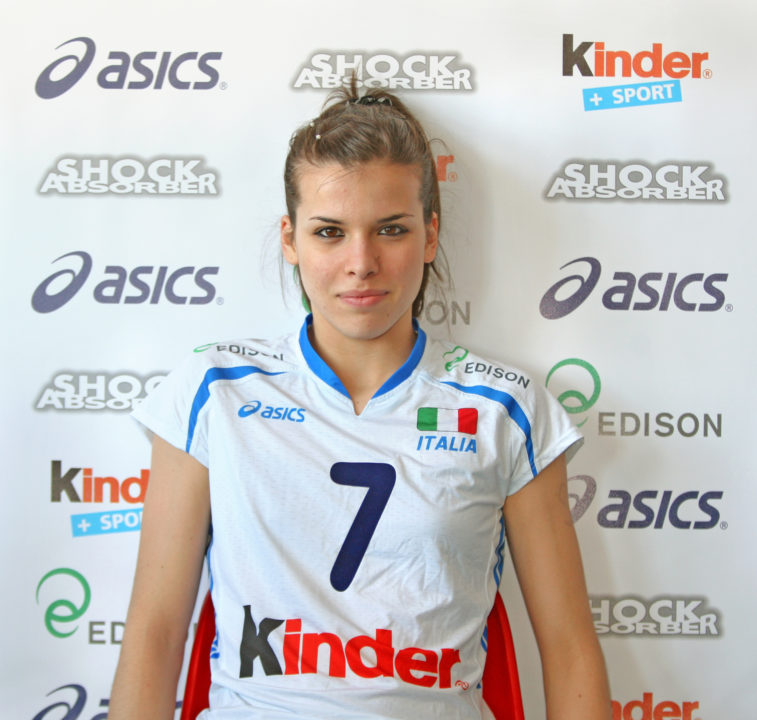 Seria A1 newcomers Lardini Filottrano has just announced in its official website that it has signed Giulia Pisani to a contract. The 25 year old middle blocker is transferring from Busto Arsizio, with whom she played since 2014. She will strengthen the team’s middle block position after Asia Cogliandro suffered an ACL injury.

Although due to transfer rules, she won’t be able to debut before Januray 8, Pisani will add some much needed experience and quality for the struggling new team, as she has already played in 135 Seria A1 matches. With Busto Arsizio, she won the Italian Championship, the Italian Cup, The Italian Super Cup, and the CEV Challengers Cup (all in the the 2011-12 season).

Pisani took to Instagram to announce the news to her fans:

Good morning friends!! ???
It’s no longer news!! From today I will start training with Volleyball Lardini Filottrano !! I thank this team so much for giving me the opportunity to train with them !!  Thank you all for the thousands of messages you sent me !! A great hug.