Larissa/Talita, Heather Erickson Nominated for Sportswoman of the Year 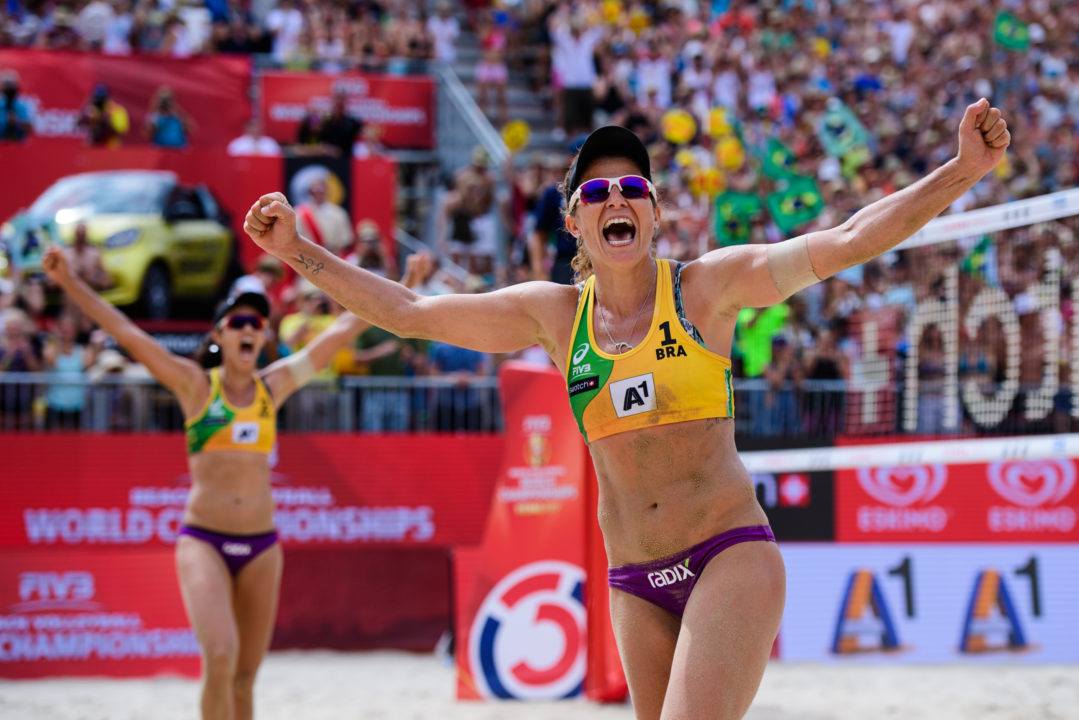 Three volleyball players have been nominated for the 38th edition of the Women's Sports Foundation Awards. Archive Photo via FIVB

Larissa/Talita are the #1 ranked pair in the world by the FIVB’s ranking system. They’ve won 3 of the 8 tournaments that they’ve entered in 2017 on the FIVB World Tour, including most recently the four-star event in Olsztyn, Poland, and the season-opening Ft. Lauderdale major. They finished 3rd at the recent World Championships, which was won by Germany’s Laura Ludwig/Kira Walkenhorst, who are only ranked 12th this year by FIVB as a result of off-season shoulder surgery for Ludwig that delayed the start of their season. Ludwig and Walkenhorst are two-time defending European Champions, defending World Champions, and defending Olympic Champions.

Erickson is the captain of Team USA, which is the #1-ranked team in the world after winning last year’s Paralympic gold medal. She was named the Best Spiker and MVP of the World ParaVolley Super 6 Tournament in China in May. The USA took silver behind Russia.

All three are nominated in the Team Sports category: one of two Sportswoman of the Year awards given out annually by the WSF (the other being individual sports).

Fans can vote for their favorites here, with winners being announced at the 38th Annual Salute to Women in Sports on October 18th, 2017 in New York City.

The awards have been given out every year since 1980, with the two categories splitting in 1993. Misty May-Treanor and Kerri Walsh Jennings, who won in 2004 and 2006, are the only two volleyballers who have won the award. Water polo player Ashleigh Johnson won last year.