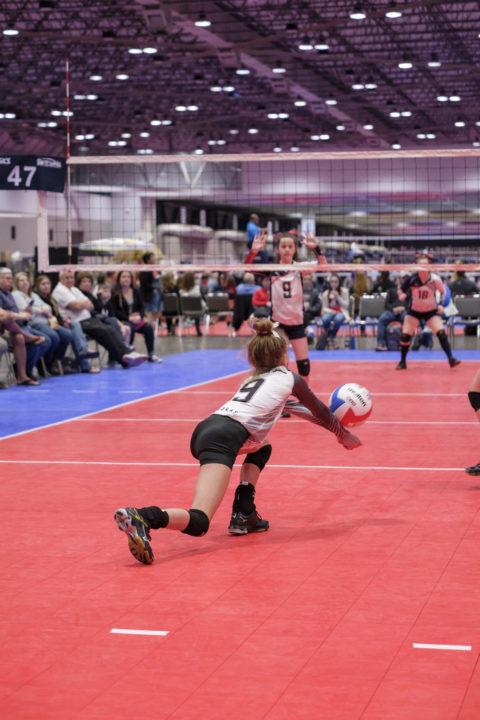 Over 30 years ago, Sarah Powers-Barnhard was an up and coming volleyball player in Chicago, playing for Sports Performance Volleyball... Current Photo via Taylor Wilson

Over 30 years ago, Sarah Powers-Barnhard was an up and coming volleyball player in Chicago, playing for Sports Performance Volleyball under the tutelage of Rick Butler. At the time, Butler was considered a high-profile coach in youth volleyball, running one of the most successful junior volleyball clubs in the nation. In Powers-Barnhard’s eyes, he was the most secure path to a collegiate scholarship.

The allegations came from two other former players of Butler, as well, in Julie Bremner Romias and Christine Brigman Tuzi. The two of them expressed that Butler sexually abused them while they were in high school. Romias said that when she was 17-years-old, Butler forced himself on her, raping her.

In 1995, Powers-Barnhard, Romias, and Tuzi went forward to the USA Volleyball Association (USVBA) Ethics & Eligibility Committee to explain the misconduct by Butler when they were minors 10 years prior. Butler remains that he had relations with three women, but once they were 18-years-old and off his team. The three women attested to that statement, saying it happen when they were minors and that the actions were not consensual.

Though, having never faced criminal charges for his actions, as the statute of limitations had expired, the USVBA issued a lifetime ban against him. Following the conclusion of Butler’s lifetime ban from the USVBA, he reapplied for reinstatement, as was permitted by the order five years after the ban. Butler’s reinstatement came with the condition that he never coach junior girls in any of the organization’s events.

Despite the ban against Butler, the AAU allows him to coach volleyball at their events. The USVBA has stated that they do not control other independent volleyball organizations and cannot make them enforce the ban on Butler.

In 2016, Powers-Barnhard filed a lawsuit against the AAU to try to ban Butler from coaching underage girls. She states that by the AAU allowing Butler to coach, they are violating their own policies.

“It is the policy of the AAU to deny participation in the AAU to any individual for whom there is reasonable cause to believe that they have engaged in sexual misconduct.”

A judge dismissed the lawsuit on May 9, giving Powers-Barnhard until May 29 to fix any inconsistencies with the lawsuit and to re-file.