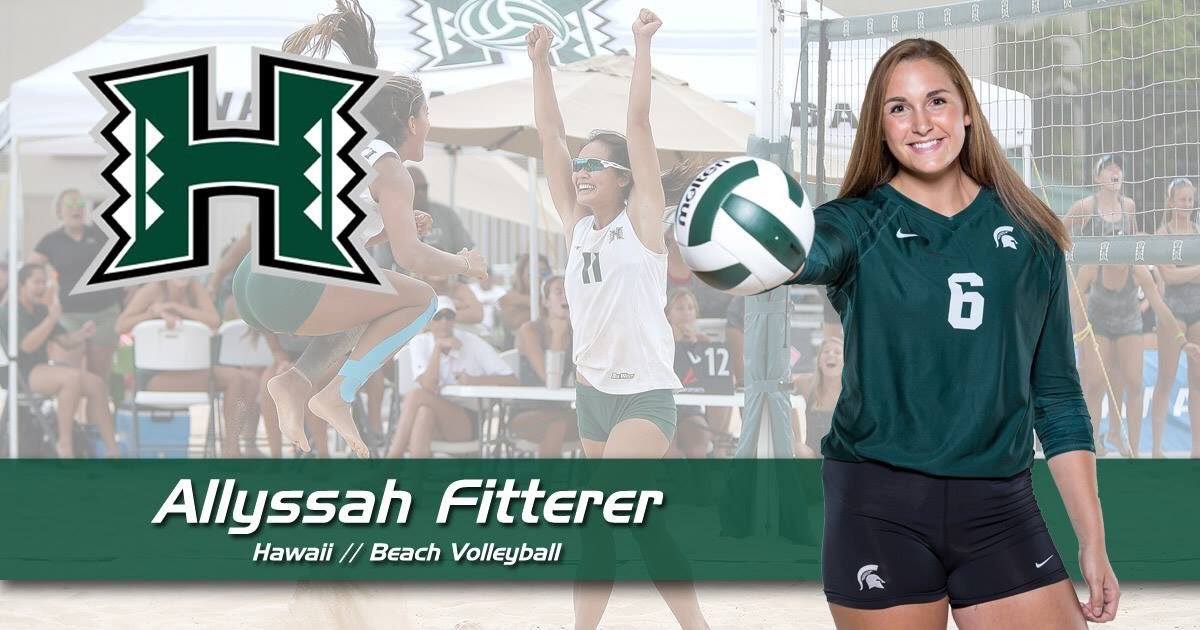 Michigan State volleyball alumna Allyssah Fitterer is continuing her volleyball career, but taking her game from the court in East Lansing, Michigan, to the beach in Honolulu.

aloha everyone! 🌴🏐☀️🌺🐠 this past month has seen crazy changes regarding my future and I'm really excited to share with you that I'll continue to bleed green playing Beach Volleyball for the University of Hawai'i in grad school! MSU has given me incredible opportunities and I will forever be a Spartan💚 thank you for being my family for 4 years. I'm so grateful to have the opportunity to complete my masters and play for an incredible top program during my next journey as a UH Rainbow Warrior💪🏼😎🌴☀️💚 #GoBows

The Georgetown, Ontario native was a member of four straight NCAA Tournament teams, including a Sweet 16 berth in 2013.

Fitterer follows the lead of fellow Spartan graduate outside hitter Chloe Reinig, who announced last month that she will be playing beach volleyball at Loyola Marymount.