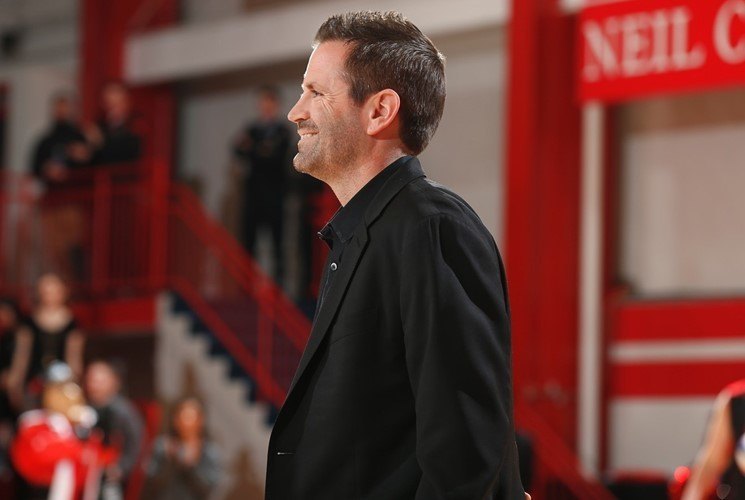 The 6th-ranked Lewis University Flyers gave their head coach Dan Friend his 400th career NCAA victory with a 3-1 win over NJIT on Saturday.

In the latest win, Lewis hit a whopping .422 as a team, including a .444 percentage even in the 3rd set, which they lost.

Lewis dominated most of the game at the net, out-blocking NJIT 11.5-7. That included 5 blocks each from Danny Maurer and Mitch Perinar, with Maurer getting a solo stuff as well.

Perinar had a 20-kill effort offensively for Lewis as well. That came with just a single hitting error for a .594 hitting percentage.

Lewis’ top performer was Raymond Kowalski, who had 16 kills (.333 percentage) and 4 digs for the Highlanders in the loss.

With the win, Lewis improves to 1-1 overall, while the Highlanders fall to 0-2 on the campaign.

Lewis returns to action on Friday (Jan. 13), as the Flyers welcome Harvard to Neil Carey Arena for a 7 PM first serve.

NJIT was led by Raymond Kowalski with 16 kills and three blocks, followed by Jabarry Goodridge with 13 kills, five digs and three aces.

Ricardo Whitaker notched 40 assists for the Highlanders while Shannon Heckman tallied a game-high eight digs, while Luke Allmond made a team-high five blocks.

Lewis had the lead for most of the first set, but the Highlanders would come back at the end with two kills by Kowalski that tied the set up 20-20. However the Flyers would pull away to win 25-22.

The Highlanders pulled ahead in the third set with a kill and service ace by senior Goodridge and two attack errors by Lewis taking a 21-18 lead and eventually taking the set 25-22.

The fourth set was the closest and longest set of the night. In a back and forth set, the score was tied up at 24 until Jacob Schmiegelt posted a service ace to put Lewis ahead. The Highlanders went up by two with a service error from the Flyers and an ace for themselves from freshman Bailey Mundy.

Lewis scored the next three points to take the set 28-26.

The Highlanders will host North Greenville for their first home game of 2017 on January 11 for a 7pm start time.